Syrian Red Crescent workers have moved 27 people from a neighbourhood in the besieged city of Homs and the International Committee of the Red Cross is in negotiations with the government to reach all casualties, a spokesman for the group has said.

Ambulances from the Syrian Arab Red Crescent drove into the suburb of Bab Amr, an opposition stronghold which has been under heavy shelling and gunfire, after negotiations earlier on Friday, according to the International Committee of the Red Cross.

The news came as a major conference was held in Tunisia pushing for aid access.

“The convoy did arrive in Bab Amr, earlier this afternoon, so far they have evacuated seven injured persons, and 20 women and children,” Hicham Hassan, a Red Cross spokesman, told Al Jazeera on Friday.

No men, however, chose to be allowed to leave, fearing arrest and torture if they left, Al Jazeera’s James Bays reported from Beirut.

The Red Cross is continuing to negotiate for more access to all the wounded in the city, and injured Western journalists trapped inside have refused to leave until they are assured they will not receive preferential treatment over locals.

Hassan said the situation in the area was getting worse by the hour.

“This for us remains the first step, we want to evacuate all persons who are injured, as long as it takes,” said Hassan.

Two injured foreign journalists and the bodies of two others who died in a shelling attack on a media centre were not among those taken out of Bab Amr, according to Hassan.

Syria’s foreign ministry accused “armed groups” of refusing to hand them over, but an opposition activist in the area said the journalists had refused to leave, the Associated Press reported.

A friend of French reporter Edith Bouvier who has been in direct contact with the journalist told Al Jazeera that she and British photographer Paul Conroy had refused to leave until they were guaranteed diplomatic or Red Cross escort. They also said they would not go until a humanitarian corridor had been opened for all Syrians in the city.

Bouvier and Conroy suffered leg wounds in the same shelling in which two other journalists, US reporter Marie Colvin and French photographer Remi Ochlik, were killed.

Bouvier needs surgery for a broken leg, though her situation is not yet life-threatening, her friend said. Conroy reportedly has less-severe leg injuries. Two other journalists who were present during the shelling but uninjured have also remained in Homs.

The activist said the surviving journalists were unwilling to release Colvin and Ochlik’s bodies to Syrian authorities.

A spokesperson for the Red Cross told the AFP news agency that negotiations in their case were under way.

“Negotiations continue with the Syrian authorities and the opposition in an attempt to evacuate all persons, without exception, who are in need of urgent help,” said Saleh Dabbakeh.

The evacuation was the first time rescuers had entered Bab Amr in 21 days of siege. If a ceasefire results, the flow of people attempting to flee will likely increase, possibly raising tensions in Lebanon, whose border lies just 30km to the west.

There, politicians are deeply divided over Syrian President Bashar al-Assad’s regime, which has long asserted itself in Lebanese affairs.

“If there is a pause in the fighting … then it’s likely I think that more people will come across the border, and I think there is going to be a problem, it’s not only a humanitarian problem,” Bays said. “The Lebanese government does not even want to call these people refugees.”

The Local Co-ordination Committees (LCC) activist network reported the deaths of at least 50 of people on Friday as footage of street protests emerged from Homs, Qamishili, Aleppo, Idlib, Deraa and the suburbs of Damascus.

The LCC said most of the deaths occurred in the central city of Hama. 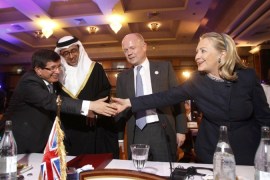 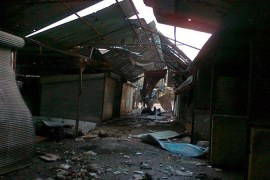