A suspected suicide bomber disguised in military uniform has been killed after his car bomb exploded under fire from soldiers outside a military base in the northern Nigerian city of Kaduna, according to the army.

Tuesday’s violence was the latest in a series of attacks on military and other targets to have hit northern regions of Africa’s most populous nation in the past months.

“The soldiers repelled the attack and were able to stop what will have been a suicide bombing,” a statement signed by Raphael Isa, director of Nigerian army public relations, said.

“However, after firing [at] the suicide bomber who tried to force his way, the bomb exploded and shattered the glasses that adorn the frontage of the headquarters.

“The suicide bomber was the only casualty.”

A purported spokesman for Boko Haram, the radical Islamist group, claimed responsibility for the attack.

“We are responsible for the attacks on the army barracks and the air force base in Kaduna today,” a man who claimed to be Boko Haram spokesman Abul Qaqa told journalists during a phone conference in Maiduguri.

More than 2,000 people died as the government moved to enact Islamic law in 2000 in Kaduna.

Boko Haram has killed hundreds this year in bomb and gun attacks in northern Nigeria.

The most recent incidents including attacks on two police stations in Kano, Nigeria’s second city, and on a recently renovated market in Maiduguri in Borno state.

Kano, around 200km north of Kaduna, was the scene of the deadliest attack by the group, in which 186 people were killed last month.

The Kaduna attack came just hours after the military said it killed eight Boko Haram members in a raid on a suspected hideout of the group in Kano.

A gun battle raged for over four hours on Monday night, they said.

The past three months have seen a surge in violence by the group, a movement loosely modelled on Afghanistan’s Taliban whose name means “Western education is sinful”.

Nigerian secret service sources said they arrested the purported spokesman for Boko Haram, Abu Qaqa, last week, although a man claiming to be him later telephoned journalists from Maiduguri to deny it. 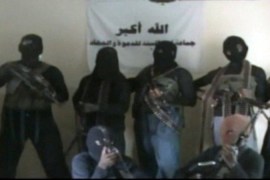 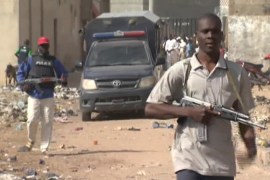