Romania’s designated new prime minister is working to form a cabinet, a day after being nominated for the role by the country’s president following the resignation of Emile Boc.

Mihai Razvan Ungueranu, the head of Romania’s foreign intelligence service, was expected to unveil the lineup of a new coalition government on Tuesday, a member of the ruling Democrat-Liberal Party (PDL) said.

President Traian Basescu nominated Ungueranu after Emil Boc, the prime minster, resigned on Monday under pressure from his own party and popular protests against his cabinet’s policy of austerity.

Ungueranu has 10 days to put together a cabinet and a programme for a confidence vote in parliament.

But Cristian Radulescu, the leader of the PDL in the upper house senate, whose party was one of three in the outgoing government, said: “We do hope and expect a cabinet lineup will be unveiled today. There will be ministers from the old government in the new one.”

Ungueranu, a career diplomat, previously served as foreign minister from 2004 to 2007.

Boc resigned after weeks of nationwide protests against a slew of austerity measures and months before a parliamentary election.

“It is the moment for important political decisions. From this point of view, I took the decision to give up the government’s mandate,” Boc said in a speech after a government meeting.

Boc slashed public salaries by a quarter and raised the sales tax to secure a $26.24bn International Monetary Fund (IMF) bailout deal and boost the economy after a deep and bitter recession.

But thousands of Romanians have braved freezing temperatures in the last month to protest against Boc and Basescu. 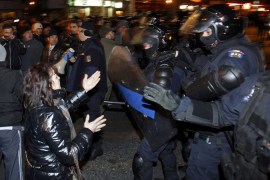 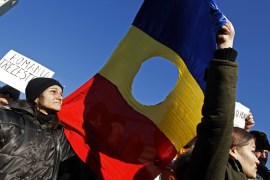 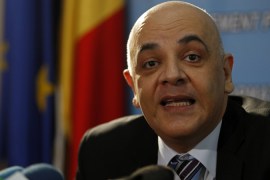 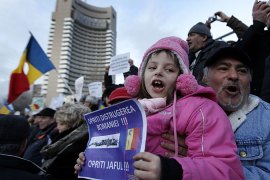