Italy is set to hold emergency talks aimed at maximising gas supplies to vulnerable households as a cold snap tightened its grip on the country and the death toll rose to 26.

The scheduled talks on Tuesday come a day after the economic development ministry activated a plan to reduce gas supplies to industrial clients and switch from gas to oil-fired power stations amid fears of another cold wave in Russia, which could limit supplies to Italy.

“The situation is certainly critical because the flows from Russia and France have diminished but the situation is being monitored,” Corrado Passera, economic development minister, told reporters.

A total of 389 people are now known to have died from the cold weather in Europe since the cold snap began 11 days ago. Forecasters say there will be no early let-up to some of the lowest temperatures seen in decades.

Alberto Clo’, an Italian energy policy expert and former minister, however told Il Mattino newspaper that there was no need to panic. “Italy will not run out of gas,” he said.

“After a mild winter and with industry running at low capacity, we haven’t drawn very much yet from our reserves,” he added.

Other areas across Europe are, however, struggling with the effects of the weather conditions.

Experts said temperatures could fall as low as minus 10 Celsius degrees in some parts of England overnight on Tuesday, promising more trouble on the roads and trains after heavy snow over the weekend.

While there was some respite for people living in Ukraine, where more than 130 deaths have been recorded, the mercury plunged overnight to minus 39.4 degrees Celsius in the Kvilda region of the Czech Republic. Temperatures were executed to plunge to minus 30 Celsius by the weekend.

And the Bosnian capital, Sarajevo, is now under a state of emergency while Greece has declared an emergency in certain areas after a swollen river bursts its banks flooding homes.

Rescuers are using helicopters to reach hundreds of isolated villages. Large parts of eastern and southern Bosnia have also been cut off by the snow and avalanches.

There has been no contact since Friday with the hamlet of Zijemlje, some 30km from the town of Mostar.

“We don’t know what is going on there. They have not had electricity since Friday and phone lines are cut, they have no running water,” Radovan Palavestra, the mayor of Mostar, told the AFP news agency.

“There are elderly people who are very fragile and children including a baby of two months, in total between 130 and 150 people,” he said.

Al Jazeera’s Maja Blazevska, in Sarajevo, said that there were new snow falls on Tuesday morning.

She said it had reached a critical situation in the city of Mostar, where the electricity system had failed affecting more than 100,000 people in the area.

Meanwhile, in the Serbian city of Kraljevo, there were risks of floods as the river Ibar reached its highest level, our correspondent said.

Authorities in Serbia said that 70,000 people were trapped in snow-bound villages in the south as they declared an “emergency situation”. The announcement, which is one step down from a state of emergency, allows the government to order private companies to help in the snow clean-up with machines and people.

Predrag Maric, the head of Serbia’s emergency services, told B92 radio that the most critical situation was now on the Danube and Ibar rivers were a thick ice layer is forming.

“Experts from the army will see if the ice cap (on the Ibar) can be broken with explosives in a way that is safe for people and the environment,” he said, adding that the government is calling in icebreakers to clear the Danube.

Snowstorms also lashed Bulgaria, a day after eight people drowned in raging rivers and the icy waters from a broken dam that submerged a whole village to the southeast.

In Poland, 68 people were killed by hypothermia after the authorities there recorded another six deaths in the last 24 hours.

The cold snap has also seen a sharp rise in the number of people being killed by carbon monoxide poisoning from faulty gas heaters.

Polish police said there had been 22 victims of poisoning in the last 24 hours, two of whom died. 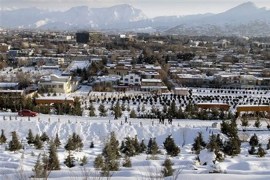 Afghanistan and Pakistan both hit by heavy snow 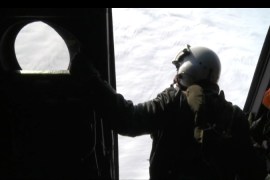 Central European country reels under freezing conditions that have all but cut off aid to the far-flung areas. 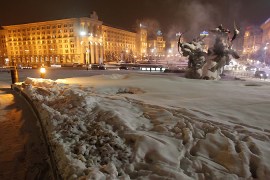 Toll has risen to more than 260 as more bad weather prompts airports to warn that flights would be delayed or cancelled.