US President Barack Obama has said he does not think Israel has made a decision on whether to launch a pre-emptive strike on Iran’s nuclear installations, a threat that has rattled the region.

Obama, seeking to reassure Americans over the alleged danger posed by Tehran’s nuclear programme, said Washington was working “in lockstep” with Israel to bring Iran to heel.

“I don’t think Israel has made a decision” to strike Iranian facilities, Obama said in a pre-Super Bowl interview with NBC on Sunday.

When asked if Washington would be consulted first should Israel move ahead with those plans, he said he could not go into specifics but added that the two allies had “closer intelligence and military consultations” than ever before.

“My number one priority continues to be the security of the United States. But also, the security of Israel. And we’re going to make sure that we work in lockstep, as we proceed to try to solve this – hopefully diplomatically.”

Obama said the Islamic republic was “feeling the pinch” of ever tougher sanctions imposed by the international community, and dismissed concerns that Tehran could retaliate by striking US soil, saying such a strike was unlikely.

“I’ve been very clear – we’re going to do everything we can to prevent Iran from getting a nuclear weapon and creating a nuclear arms race in a volatile region,” he said.

Iran maintains that its nuclear programme is for strictly peaceful purposes.

On whether Tehran could possibly strike US targets, Obama said: “We don’t see any evidence they have those intentions or capabilities.”

He added: “Again, our goal is to resolve this diplomatically. That would be preferable. We’re not going to take options off the table, though.”

Last week, a Washington Post opinion column said Leon Panetta, the US defence secretary, believes there is a “strong likelihood” that Israel will strike Iran’s nuclear installations this spring.

When asked about the newspaper’s article by reporters traveling with him to a NATO meeting in Brussels, Panetta brushed it aside.

“I’m not going to comment on that. […] Israel indicated they’re considering this [a strike], we’ve indicated our concerns,” he said.

Israeli Foreign Minister Avigdor Lieberman was due in Washington on Monday, and Prime Minister Binyamin Netanyahu will visit the US in early March, though a meeting between Netanyahu and Obama was not yet confirmed.

In the interview with NBC, Obama cautioned that “any kind of additional military activity inside the Gulf is disruptive. And has a big effect on us. It can affect oil prices”. 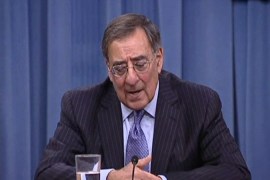 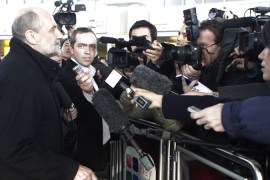 Head of IAEA mission expresses optimism about recent trip to Iran, but says there is still “a lot of work” to be done. 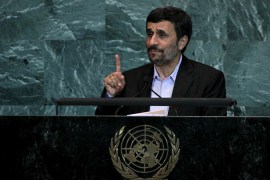 A nuclear-free zone in the Middle East – with the participation of Israel – can avoid war in the region.