Hamas has endorsed a proposal by Qatar in which Palestinian President Mahmoud Abbas will assume the role of prime minister in an interim unity government, according to two Palestinian officials.

The arrangement, proposed by Qatar’s emir in preparation for general elections in the West Bank, would help Abbas’ Fatah movement and its main political rival Hamas clear a major hurdle in slow-moving attempts to reconcile.

Abbas said in meetings on Sunday with emir Sheikh Hamad bin Khalifa Al Thani and Hamas chief Khaled Mashaal that he would consider the idea, said the two officials who spoke on condition of anonymity because of the sensitive nature of the negotiations.

Hamas’ website quoted a source close to the talks as saying Abbas and Mashaal agreed in principle that Abbas would head the interim government.

“We agreed on the importance of holding the elections quickly… and removing any obstacles that might delay the polls,” said Fatah spokesman Azzam al-Ahmad, who is accompanying Abbas in Doha, on Sunday.

The two reached a reconciliation pact almost a year ago, seeking to end more than four years of separate governments in the Hamas-controlled Gaza Strip and the West Bank, which is ruled by Abbas’ Western-backed Palestinian Authority.

As part of the deal, an interim unity government was to prepare for presidential and parliamentary elections.

However, both sides failed to carry out promised goodwill gestures and disagreed sharply over the composition of an interim government.

Abbas initially proposed that Salam Fayyad, the appointed prime minister of the Palestinian Authority, serve as head of the transitional unity government, but Hamas objected.

An interim government headed by Abbas could allay some of the West’s concerns about his rapprochement with Hamas, branded a ‘terrorist organisation’ by the US, Europe and Israel.

During Sunday’s three-hour meeting in Qatar, Abbas and Mashaal did not discuss the names of other possible members of an interim government, the officials said.

The transitional government is to be composed of experts without strong political affiliations. On Monday, Abbas and Mashaal are to discuss delaying the elections to the end of the year, the officials said.

Last year, the two leaders said elections should be held by May, but delays have meant there may not be enough time to prepare for May elections.

Delegations from Hamas and Fatah will hold more meetings in coming days, the officials said.

Azzam al-Ahmad, the Abbas aide, described the dialogue as “positive”.

According to a statement released on Qatar’s official QNA news agency, the two parties also discussed the stalled peace talks with Israel.

Speaking earlier this week, Ahmed said Sunday’s discussions would also address a planned Cairo meeting bringing together all Palestinian leaders, which had originally been set for February 2 but was delayed indefinitely.

Ismail Haniyeh, Meshaal’s rival who heads the Hamas government in Gaza, was in Qatar earlier this week and is currently in Bahrain on the second leg of a Gulf tour that will also take him to Iran.

Meshaal has decided not to run again this summer for the leadership of Hamas amid signs of strain within the Islamist movement that rules the Gaza Strip. 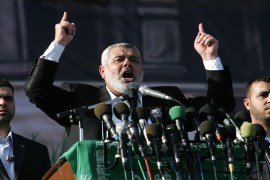 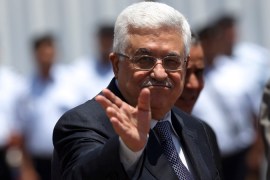 After reconciliation talks in Gaza between two main Palestinian factions, Hamas agrees to give back Fatah leader’s home. 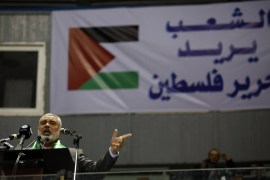 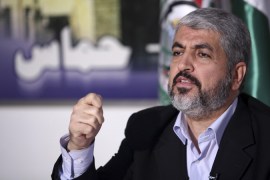 Hamas political chief to step down

Islamist movement confirms that Khaled Meshaal will not seek re-election, but says it has asked him to reconsider.