Senegal’s presidential election will go to a second-round runoff, the campaign spokesman for Abdoulaye Wade has said after partial results showed the incumbent president well short of an absolute majority.

Unofficial tallies reported since voting finished on Sunday night show Wade leading and Macky Sall, a former prime minister, close behind, suggesting the two will face each other in a second round runoff, expected to take place between March 18 and April 1.

“The results that we have clearly indicate that there will be a second round. We don’t need to be told it,” Amadou Sall, the Wade spokesman, said on Tuesday.

Both the European Union and United States observer teams also said the country was headed for a runoff vote.

Results from individual polling stations are being relayed on private radio stations and websites, but the government will not issue an official tally issued until Friday.

Reporting from capital Dakar on Tuesday, Al Jazeera’s Andrew Simmons said: “The president had been saying that it was possible he could win the first round, although the maths didn’t add up. And now his spokesperson is saying categorically yes it will go to a second round.

“And that would appear to be bad news for the 85-year old president because he has got an opposition that will come together and rally around the second candidate in that runoff, which will be Macky Sall.”

Wade announced on Monday that he estimated his score at 32.17 per cent of the vote according to tallies from around 50 per cent of polling stations, adding that a first-round victory or second round were still possible.

Sall has around 25 per cent, according to unofficial counts.

“When a candidate says he has 32 per cent based on around half of the results already, it is difficult to see him getting over 50 per cent,” Thijs Berman, head of the EU observer mission in Dakar, said.

There will probably be a second round as any other outcome seems improbable, according to what we have heard so far.”

After officials declare the results on Friday, the second round runoff will follow a few weeks after that.

“At this very hour, the provisional results are not yet known,” Cristian Dan Preda, the head of the delegation of European parliamentarians, said.

“It’s completely regrettable that this lack of information is fueling tension and suspicion. The administration would gain a lot of transparency if it started publishing in real time the information that it has at its disposal. In the internet era it’s inconceivable that the Senegalese will need to wait until Friday to know the official results.”

Berman, of the EU observer mission, told Al Jazeera: “It would be far better if the [Senegalese] authorities came with the results as they are coming in, so that it would take away any unrest, any concerns that there would be something wrong … Any transparency would help in this matter.”

He condemned a ban on protests before the polls which led to violent  clashes between police and opposition supporters expressing anger over Wade’s candidacy for a third term in office.

Berman also said there was a lack of transparency in the process for  retrieving voters cards.

The Senegalese Red Cross said on Tuesday it had treated 153 people injured in a month of violent protests against Wade’s candidacy.

Nfally Sadio, a spokesman, told the AFP news agency some 700 volunteers spread around Senegal treated the injured, 44 of whom were evacuated to medical facilities in the run up to Sunday’s presidential vote.

Despite the earlier violence, which left six people killed, Berman told Al Jazeera “election day itself was calm and orderly. We are observing the counting of the votes and so far we don’t see any major flaw in the respect of the procedures or in the counting itself”.

Al Jazeera’s Simmons said: “It is an uncertain situation in Senegal right now, but there is a mood of optimism that Wade is finally going to be beaten at the ballot box, rather than forced to resign by the influence of international diplomacy and the opposition of Senegal.”

Dakar was noticeably quiet in the days following the vote. There was a lot of anticipation in the air on Monday, but people seemed to be adopting a wait-and-see approach to how all sides would ultimately respond to the final election results, Al Jazeera’s Azad Essa reported from Dakar.

Wade was seen as the favourite to win in the first round, with the opposition split between 13 candidates. His chances would diminish in a runoff, as most of the opposition would probably rally around a single challenger – Sall.

Wade is seeking a third term amid criticism from the opposition that he is trying to cling to power after changing the constitution.

Sall, who directed an earlier re-election campaign for Wade, is one of the main opposition challengers seeking to unseat Wade. 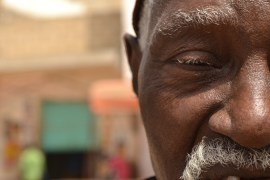 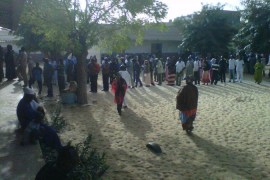 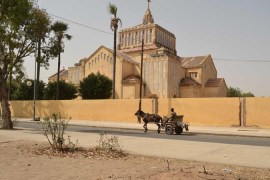 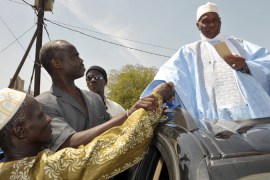