Garry Conille, the Haitian prime minister, has offered his resignation to President Michel Martelly after days of political tension between the premier and government ministers over issues of dual nationality.

“I feel obliged to present my resignation,” Conille wrote in a letter to Martelly on Friday, according to Louis-Jeune Levaillant, leader of the lower chamber of parliament, who read from a copy of the letter.

A source close to Martelly also confirmed the letter of resignation, which comes as a blow to the president’s efforts to ramp up stalled reconstruction efforts in the wake of a massive earthquake two years ago that levelled much of the capital Port-au-Prince.

Conille’s resignation comes amid infighting between himself and the president over a parliamentary commission investigating whether some government ministers hold dual citizenship, which is illegal under Haitian law.

There was no immediate comment from the office of the president or the prime minister.

Conille had publicly supported the legislators’ investigation into the nationalities issue against the advice of his ministers, who allied with the president and refused to answer inquiries.

The investigation was launched by Jean-Charles Moses, a senator and a fierce Martelly opponent who claims the president has US and Italian nationalities.

Disagreements over the probe poisoned relations within the administration, and Conille grew increasingly isolated in his position.

Conille, a medical doctor and UN development expert who took office just four months ago, has also clashed with the president over an investigation of contracts awarded in the wake of the January 2010 earthquake.

The international community has sought to defuse the political tensions without success.

The head of the UN peacekeeping mission in Haiti issued a statement on Thursday expressing concern over a recent “series of repeated crises between the executive and legislative powers that undermine the proper functioning of the institutions and the democratic process”.

Mariano Fernandez, the special representative of the UN secretary-general in Haiti, added that “the political deadlock” would derail economic recovery and consolidation of democracy.

No successor has been announced, and Conille’s resignation would open new political turmoil in Haiti as the ramifications of the devastating earthquake, which sank the already-impoverished country deeper into poverty, continue.

In Haiti, the president appoints the prime minister, who mainly serves as cabinet chief.

Haiti’s parliament approved Conille’s appointment in October, temporarily ending months of political crisis. He had been Martelly’s third choice for prime minister since the president took office last May, but the first approved by parliament.

Conille had previously served as chief of staff in Haiti to former US president Bill Clinton, who served as co-chair of the Interim Haiti Recovery Commission that oversees billions of dollars in post-quake aid to the country.

The US embassy in Haiti has issued a statement urging the swift appointment of a new premier. 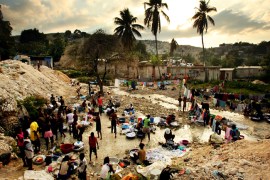 Haiti: The republic of NGOs?

As rebuilding work continues two years after the quake, we ask where billions of dollars in international aid ended up. 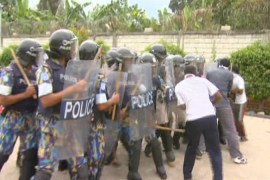 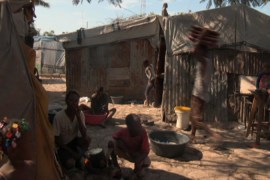 Country struggles to recover from 2010 disaster, despite billions of dollars in international aid. 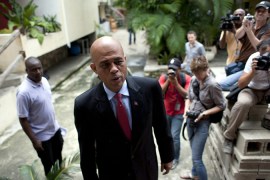 Witnesses say rocks thrown at Michel Martelly he walked in a Carnival procession in Port-au-Prince but he was unharmed.