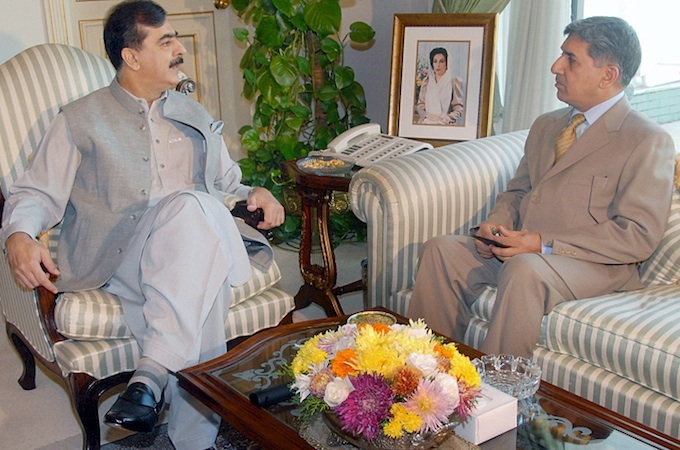 The charge that Pakistan’s Inter-Services Intelligence is supporting Taliban fighters in Afghanistan is just the latest of many charges directed at Pakistan’s shadowy intelligence service, which for decades has been accused of plotting assassinations, backing armed groups, and organising attacks against neighbouring countries.

Western intelligence services have long maintained a complicated relationship with the ISI: They depend on the agency to monitor and arrest senior Taliban and al-Qaeda figures inside Pakistan, while simultaneously accusing it of sponsoring those same groups.

Indian officials, meanwhile, are openly hostile to the agency, accusing it of involvement in a number of deadly attacks, most notably the 2008 attacks in Mumbai.

A ‘state within a state’

The ISI was established in 1948 to co-ordinate intelligence between the different branches of the Pakistani military. It initially focused on India, but sharply expanded its domestic activities after 1958, when military strongman Ayub Khan took control in a coup.

It is by far the largest of Pakistan’s three intelligence agencies, though its exact budget and the size of its payroll are classified. Analysts believe more than 10,000 people work for the agency, plus a network of tens of thousands of informants and assets, both inside Pakistan and abroad.

Many Pakistanis call it a “state within a state,” an agency accountable only to itself and to the powerful military, not the civilian government in Islamabad. The director of ISI is always an army general, and he is appointed by the army chief of staff, with the prime minister merely rubber-stamping the decision.

A range of colourful characters have held that post over the years. Hamid Gul, for example, the general who ran the agency between 1987 and 1989, has been dubbed the “father of the Taliban”; he worked closely with the Central Intelligence Agency during the 1980s to fund and equip the group.

More recently, classified US documents released in 2010 by WikiLeaks accused Gul of organising a string of attacks against US and NATO forces in Afghanistan. (Gul has denied those charges.)

Pakistan’s current spy chief is Ahmad Shuja Pasha, sometimes called the second most powerful man in Pakistan, behind only the army chief, Ashfaq Kayani. He was appointed in 2008, and his term has been extended twice.

The government in Islamabad has typically had little authority over the ISI during Pakistan’s periods of civilian rule. Prime minister Yousaf Raza Gilani tried to bring the ISI under civilian control in 2008, when he issued an order which put the agency under the control of the interior ministry.

The army quickly denounced that change as “unworkable,” and Gilani reversed his decision hours later.

‘Under the umbrella of the ISI’

The ISI has helped the CIA detain a number of high-ranking suspects, including Ramzi Yousef, one of the men who planned the 1993 World Trade Center bombing; Khalid Sheikh Mohammed, the alleged mastermind of the September 11 attacks; Abu Zubaydah, who allegedly plotted to blow up Los Angeles International Airport in 2000; and more than a half-dozen others.

But US officials and analysts also accuse the ISI of sponsoring the Taliban and harbouring men who plot attacks in Afghanistan. Those criticisms have increased in recent years, particularly after a brazen raid on the US embassy in Kabul last year.

Admiral Mike Mullen, the former chairman of the joint chiefs of staff, called the Haqqani network – considered the deadliest of the armed groups operating in Afghanistan and Pakistan – a “veritable arm” of the ISI.

“With ISI support, Haqqani operatives planned and conducted a [September 11] truck bomb attack, as well as an assault on our embassy,” Mullen said during congressional testimony last year.

David Headley, who pleaded guilty to scouting locations for the 2008 Mumbai attacks, said that armed groups like Lashkar-e-Taiba co-ordinated with the ISI.

“I understood these groups operated under the umbrella of the ISI,” Headley said in court last year.

The ISI has also been accused of sponsoring armed groups in Kashmir, and of carrying out a campaign of targeted killings against nationalist leaders in Balochistan, a restive province in southwestern Pakistan.