Romania’s ruling centre-left coalition USL has won a landslide victory in parliamentary elections, taking 57 per cent of the ballot, according to an exit poll broadcast by public television.

The Social-Liberal Union headed by Victor Ponta, the prime minister  who has been in power since May, left the centre-right opposition trailing behind with 19 per cent of Sunday’s vote, according to the exit poll.

“This is a victory against the regime of president Traian Basescu”, Crin Antonescu,  USL co-president, said.

Opinion polls had earlier projected the USL would win between 48 to 61 per cent of the election.

The projected win could give the USL a two-thirds majority in the 470-member parliament, allowing it to effect constitutional changes.

But analysts caution that the party’s continued alliance with its centre-right rival, President Traian Basescu, could lead to new political turmoil.

Although turnout at 20.56 per cent was slightly up from four years ago, many voters did not make it to polling stations due to heavy snow, which blocked roads.

Al Jazeera’s Peter Sharp, reporting from the headquarters of the ruling party in the capital Bucharest, said senior officials had told him exit polls were likely to point to around 60 per cent of the vote going to the USL.

He said this “is bang on target for what the opinion polls were suggesting”.

“The opinion polls were always pointing to that but, of course, the turnout was rather low [and] the weather has been appalling and in some parts of the country snow made it impossible to reach the polling stations themselves,” he said.

The USL is surfing a wave of discontent over the centre-right’s four years in power, marked by a bitter austerity package and 25-per cent cuts in public sector wages.

The Right Romania Alliance (ARD), which gathers parties close to Basescu’s camp, trails far behind the USL, with polls showing support of between 16 and 23 per cent.

“I have voted for Romania to pursue its path towards the West,” Basescu said.

He accuses USL leaders of driving the country away from the European Union, which it joined in 2007.

The election is Romania’s first national vote since a failed attempt by the USL this summer to unseat Basescu – a move that drew sharp rebukes from the EU and the US.

Despite holding power since May, many voters see USL as the party of change because it has promised to roll back austerity cuts.

But even if it wins by a wide margin, the centre-left coalition will be forced to share power with Basescu, whose term runs until 2014.

Analysts warn this could bring about more instability.

Basescu repeatedly hinted he could refuse to reappoint Ponta – whom he called a “mythomaniac” – as prime minister.

The move, seen as an “abuse of power” by many analysts, could earn him a new suspension, the USL warned.

For his part, Ponta said after voting in his Targu Jiu southern constituency: “Today Romania will close a chapter of its history and open a new one that will be better.” 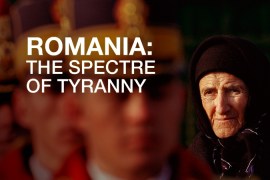 Romania: The Spectre of Tyranny

A Romanian journalist discovers that the dictatorship of the past still casts an influence over people’s lives today. 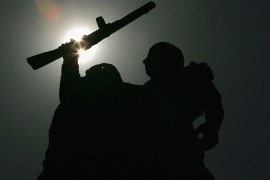 We investigate whether the much-feared communist-era Securitate still controls the country from the shadows. 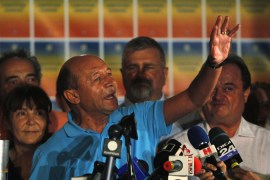