The US Supreme Court has entered into the debate on gay marriage for the first time.

It agreed on Friday to review two challenges to federal and state laws that define marriage as a union between a man and a woman.

It also unexpectedly took up a challenge to California’s ban on gay marriage, known as Proposition 8, which voters narrowly approved in 2008.

Same-sex marriage is a politically charged issue in a country where 31 of the 50 states have passed constitutional
amendments banning it, while Washington, DC, and nine states have legalised it, three of them on Election Day last month.

The tide of public opinion has been shifting in favour of allowing same-sex marriage.

In May, President Barack Obama became the first US president to say he believed same-sex couples should be allowed to get married.

Yet even where it is legal, married same-sex couples do not qualify for a host of federal benefits because the 1996 Defence of Marriage Act, or DOMA, passed by Congress, recognises only marriages between a man and a woman.

Gays and lesbians married under state laws have filed suits challenging their denial of such benefits as Social Security survivor payments and the right to file joint federal tax returns.

They argue the provision, known as Section 3, violates equal protection provisions of the US Constitution.

Meeting in private on Friday at their last weekly conference before the court’s holiday recess, the justices considered requests to review seven cases dealing with same-sex relationships.

Five of them were challenges to the federal marriage law, one to California’s gay marriage ban and another to an Arizona law against domestic partner benefits.

The court had been widely expected to take up at least one of the challenges to the federal marriage law, given that two federal appeals courts had found the law unconstitutional. Less clear was what the court would do with the California gay marriage ban.

“Taking both a states’ rights case like Prop 8, and a case involving Congress’ authority in the DOMA … suggests that the court is ready to take on the entire issue, not just piecemeal it,” said Andrew Pugno, a lawyer for the individuals defending California’s gay marriage ban. 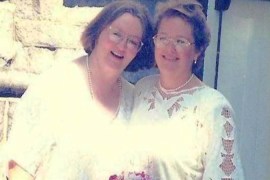 Growing demand for Supreme Court to address the legal fray over same-sex marriage. 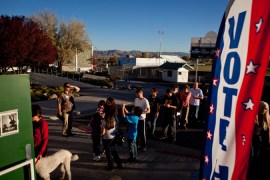 US states back gay marriage and marijuana

Voters give historic victories to controversial policies, including immigration reform and recreational marijuana use 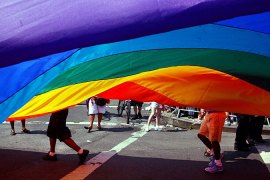 Are US evangelicals exporting anti-gay views?