After a meeting with Russian officials, the US has said that efforts to finding a solution to the ongoing civil war in Syria are gaining speed on the ground.

Hillary Clinton, US secretary of state, met Sergei Lavrov, Russian foreign minister, in Dublin on the sidelines of a security conference on Thursday, as the 20-month war continues to move closer to the capital Damascus.

“Events on the ground in Syria are accelerating, and we see that in many different ways,” Clinton said before the meeting.

“The pressure against the regime in and around Damascus seems to be increasing.”

Lakhdar Brahimi, the UN mediator who convened the meeting, said the two sides had not made any breakthroughs, but would seek a “creative” solution to their impasse.

“We have agreed that we must continue to work together to see how we can find creative ways of bringing this problem under control and hopefully starting to solve it,” he said.

The US and its allies have long sought the overthrow of President Bashar al-Assad, while Russia has shielded him at the UN Security Council.

However, comments by an ally of President Vladimir Putin on Thursday indicated Russia may be losing patience with Assad.

“We have shared and continue to share the opinion that the existing government in Syria should carry out its functions, but time has shown that this task is beyond its strength,” said Vladimir Vasiliyev, the head of President Putin’s party in parliament, according to Russia’s Interfax news agency.

NATO decided this week to send US, German and Dutch batteries of air-defence missiles to the Turkish border, meaning hundreds of American and European troops will deploy to Syria’s frontier for the first time since the war began.

“The Turkish move and NATO’s support for it is a provocative move, part of psychological warfare against Syria,” Meqdad said.

“But if they think this will affect our determination to fight the terrorists … they are wrong.”

The Syrian government often refers to the opposition fighters seeking to overthrow the government as terrorists. 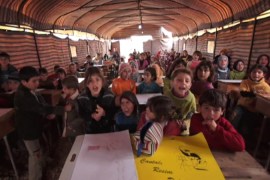 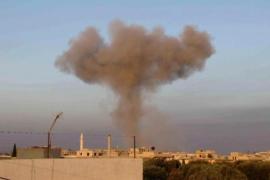 Operation “to liberate Taftanaz airbase” comes on the eve of crucial meeting in Qatar to decide future of opposition.