The NATO military alliance has agreed to the deployment of Patriot missiles as requested by member Turkey to help defend its border against possible threats from Syria.

“NATO has agreed to augment Turkey’s air defence capabilities in order to defend the population and territory of Turkey and to contribute to the de-escalation of the crisis along the alliance’s border,” a statement released on Tuesday said.

The statement, attributed to the foreign ministers of the alliance, cited “repeated violations of Turkey’s territory” as the reason the deployment had been approved.

“We stand with Turkey in the spirit of strong solidarity,” Anders Fogh Rasmussen, the NATO secretary-general, said in Brussels.

“To anyone who would want to attack Turkey, we say, ‘Don’t even think about it!'”

The ministers said: “We express our appreciation to the Turkish people and authorities for assisting Syrian citizens who found refuge in Turkey.  We call for an end to violence in Syria, which represents a serious threat to stability and security in the region.

“We fully support the efforts of the international community to find a peaceful solution.”

Deployment is ‘defensive only’

The NATO statement said that the deployment would be “defensive only”, and would be carried out using missile batteries from Germany, the US and the Netherlands. PAC-3 batteries, the latest version of the US-built system, are expected to be used.

Rasmussen said that the deployment of the Patriot systems – which includes missiles, radar and other elements – would in no way support a no-fly zone over parts of Syria nor aid any offensive operation against the Arab state.

The systems will fall under the command of the Supreme Allied Commander for Europe, the top NATO military officer.

The exact details of the deployment, including the number of batteries that would be used and how many foreign military personnel would be involved, are yet to be decided.

A joint team is studying possible basing sites in Turkey, and parliaments in both Germany and the Netherlands must
then approve shifting assets and the possible involvement of several hundred soldiers. It is unclear if any American soldiers would need to be deployed.

Due to the complexity and size of the Patriot batteries – including their radars, command-and-control centres, communications and support facilities – they cannot be flown quickly by air to Turkey and will probably have to
travel by sea, alliance officials told the Associated Press. 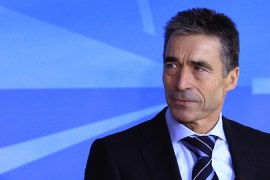 Secretary-general Anders Fogh Rasmussen says any use of such arms will draw ‘immediate reaction’ from world community. 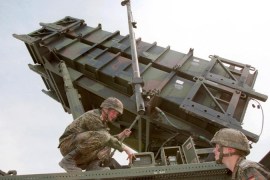 Foreign ministers to meet in Brussels to consider deployment of missile defence system amid tensions with Syria. 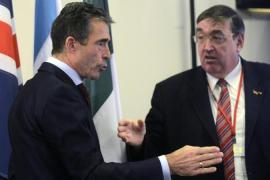