A defiant Israel has rejected a wave of American and European condemnations over plans to build thousands of new homes in east Jerusalem and West Bank settlements, vowing to press forward with the construction in the face of widespread international opposition.

Prime Minister Binyamin Netanyahu’s office said Israel would continue to stand up for its interests “even in the face of international pressure, and there will be no change in the decision taken”.

The announcement from Netanyahu’s office was likely to deepen a rift that has emerged between Israel and some of its closest allies following the UN’s recognition of a Palestinian state last week.

Russia and Germany have also expressed opposition to the building of additional settlements, and the White House issued a statement urging the “Israeli leader to reconsider their unilateral decisions”.

The official twitter-account of Russia’s ministry of foreign affairs said that, “Israeli construction on Palestinian territories occupied in 1967 is illegal, unrecognised and condemned by Russia and internationally.”

Media reports on Monday also said France and Britain were considering recalling their ambassadors to Israel over the plans.

Al Jazeera’s Charlie Angela, reporting from London, said that the British government was “frustrated not only by the scale of this expansion…but also by the timing of the announcement.”

French President Francois Hollande said he was deeply concerned about the effect it could have on the peace process.

“I said, as the French foreign minister did, that we are highly pre-occupied by what was announced by the Israeli government – the installation of new colonies composed of 3000 settlements with all the consequences it could have on the peace process,” said Hollande on Monday.

The decision to build in a key area east of Jerusalem, called E1, sparked a storm of diplomatic protest from Washington and Brussels as well as from UN chief Ban Ki-moon, who on Sunday warned it would deal an “almost fatal blow” to the prospects of resolving the conflict.

E1 is a highly contentious area of the West Bank that runs between the easternmost edge of annexed east Jerusalem and the Maaleh Adumim settlement.

Palestinians bitterly oppose the project, as it would effectively cut the occupied West Bank in two, north to south, and sever it from Jerusalem, and make the creation of a viable Palestinian state even more problematic.

“We had anticipated that they would be ready now to enter into direct peace negotiations with the Palestinians after the vote in the UN, and instead, we are extremely concerned over the announcement that we’ve heard from the Israeli government,” said Bildt.

Josh Lockman, a professor of international law at the University of Southern California, said Israel’s reaction to Palestine’s new UN status brings into doubt its “genuine commitment to a two-state solution”. 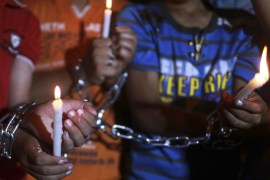 Is a protest behind bars beyond the reach of news cameras or is it a case of out of sight, out of mind for the media? 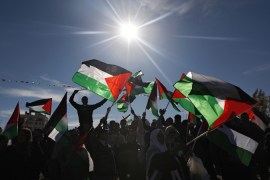 After devastation in Gaza and a victory at the UN, what is next for the Palestinian people? 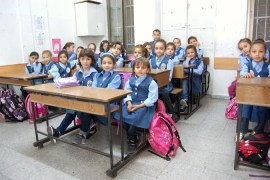 Concerns have been raised over how a systematic lack of resources in East Jerusalem schools impacts students. 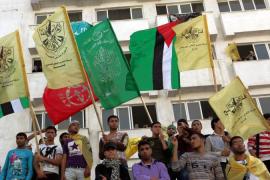 An alleged Hamas prison in the West Bank deals the latest blow to reconciliation between Fatah and Hamas.