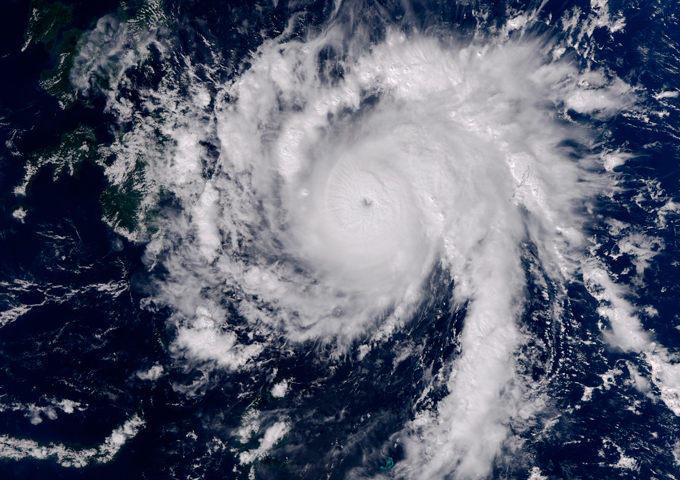 A shot from space looking down at Typhoon Bopha before making landfall in Mindanao, Philippines [Nasa]

On Monday the Philippines president, Benigno Aquina, warned the country in a national address that “this storm is no joke”, as Bopha was forecast to be the strongest storm to hit the country this year.

That proved to be correct as Super Typhoon Bopha made landfall Tuesday morning on the eastern coastline of Mindanao, in the southern archipelago of the Philippines.

Just hours before making landfall, Bopha increased intensity from “Typhoon” to “Super Typhoon” status with sustained winds of over 255 kph or 160 mph. Since weather records began, Mindanao has never seen a storm of this intensity make landfall before.

That is because of the island’s close proximity to the equator. Normally tropical formation is hindered at this latitude, but that doesn’t mean it can’t happen. Last December’s Tropical Storm Washi hit the island with just 95 kph winds, killing over 1250. The relatively safe nature of Mindanao does mean that when storms do develop, they are lesser prepared than the northern part of the country that normally averages 16 storms a year.

After making landfall, Bopha began weakening rapidly as it moved across central Mindanao at 22 kph. Preliminary rainfall totals across the region have been nearing 100mm in a 12 hour period, while some have been much higher. Davao Airport, south of the storm, reported 300mm of rain in just a 6 hour period.

By Tuesday evening Typhoon Botha will be back into the open waters of the Sulu Sea. The showers and winds across northern Mindanao will have eased considerably.

That’s not the end of the story. The Sulu Sea still has warm enough waters to help fuel a tropical system, and because of that, Bopha is expected to re-intensify as it moves northwest. A second landfall is expected on the Philippine island of Palawan by Wednesday morning, with the equivalent strength a category two hurricane.