The body of a victim in a deadly gang-rape case which has fuelled national fury and protests across India has arrived in New Delhi.

The unidentified 23-year-old medical student was flown home early on Sunday after dying from massive internal damage in a Singapore hospital.

The woman now known as “India’s daughter” was gang raped and beaten on a bus in New Delhi nearly two weeks ago in an ordeal that has galvanised people to demand greater protection for women from sexual violence.

Media reports indicated that a rod was used in the rape, causing severe injuries. Both she and her male friend were thrown from the bus but he survived the attack. The couple was planning to get married next year, neighbours of the boyfriend told local media on Sunday.

Thousands of shocked Indians mourning her death gathered at Jantar Mantar in the capital on Saturday to express their grief, demand stronger protection for women and ask for the death penalty in cases of rape, which is now punishable by a maximum of life imprisonment.

Dozens of students of Jawaharlal Nehru University in south Delhi marched silently to the bus stop from which the rape victim and her friend had boarded the bus on December 16.

They carried placards reading: “She is not with us but her story must awaken us.”

Indian Prime Minister Manmohan Singh said he was aware of the emotions the attack has stirred and that it was up to all Indians to ensure that the young woman’s death will not be in vain.

The 23-year-old victim, a medical student, passed away early on Saturday morning at Mount Elizabeth hospital in Singapore with her family and officials of the Indian embassy by her side, Kevin Loh, the chief executive of the hospital, said in a statement.

After 10 days at a hospital in New Delhi, the woman was brought on Thursday to Mount Elizabeth, which specialises in multi-organ transplants.

Loh said the woman had been in extremely critical condition since Thursday, and by late Friday her condition had taken a turn for the worse, with her vital signs deteriorating.

“She was courageous in fighting for her life for so long against the odds, but the trauma to her body was too severe for her to overcome,” Loh said.

The frightening nature of the crime shocked Indians , who have come out in the thousands for daily demonstrations.

Hundreds of policemen have sealed off the high-security India Gate area, where the seat of India’s government is located.

Indian authorities also closed 10 metro stations and banned vehicles from some main roads in the heart of New Delhi, where demonstrators have converged since the attack to demand improved women’s rights.

New Delhi has the highest number of sex crimes among India’s major cities, with a rape reported on average every 18 hours, according to police figures.

Government data show the number of reported rape cases in the country rose by nearly 17 percent between 2007 and 2011. 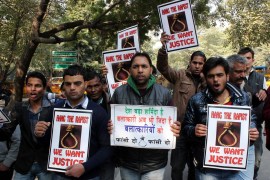 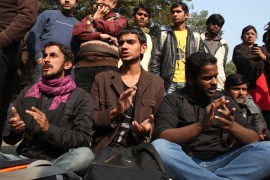 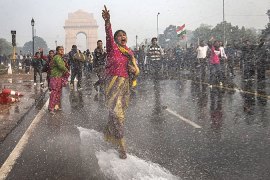 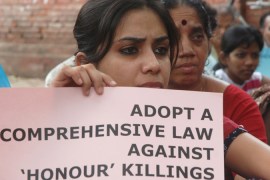