Venezuela’s President Hugo Chavez has been diagnosed with a respiratory infection after undergoing cancer surgery in Cuba but his condition is stable, the Venezuelan government said.

“The general condition of the commander-president is stable after he was diagnosed with a respiratory infection and the medical team treated him immediately,” Information Minister Ernesto Villegas said on television, reading a government statement.

“It has been controlled,” Villegas said. “In the opinion of the doctors, this type of ailment is one of the consequences that appear with the greatest frequency in patients who have undergone complicated surgeries.”

Experts agree that it is hard to predict what Chavez’s likely scenario might be given the available information.

“If it’s not a pneumonia … it can be resolved in 48 hours with the proper antibiotics,” said Dr. Maria Crista de Blanco, an internist at the University Hospital of Caracas.

Dr. Carlos Castro, scientific director of the Colombian League Against Cancer in Bogota, said that because Chavez had gone through chemotherapy and had probably been taking steroids, his immune system was weakened and complications of various sorts might be more likely.

“That he’s stable doesn’t mean that he’s completely been cured of the infection,” Castro told the AP in a phone interview. “I don’t think he’s out of danger. The first 10 days after surgery are very critical, and anything can happen.”

Tuesday’s announcement came amid uncertainty and concern over the 58-year-old president’s health.

Chavez has not spoken publicly since his December 11 surgery for an undisclosed type of pelvic cancer. It was his fourth cancer-related operation since June 2011.

Though Venezuelan officials are upbeat about Chavez’s possibility of recovery, speculation is rife that he may have to step down from power, or might not even survive.

He is due, however, to start a new term on January 10.

“The prognosis is not good,” said an official in a South American government with knowledge of Chavez’s health situation.

He forecast Chavez would not be sworn in on January 10 and said preparations for a transition were underway in Venezuela.

Many Venezuelans agree and are now talking about the possibility of a looming transition of power and a new presidential election.

Before undergoing surgery, Chavez designated Vice President Nicolas Maduro as his chosen successor to take his place if necessary.

Should Chavez’s presidency end, a new election would have to be called within 30 days. That would set up a potential battle between his chosen heir, Maduro, and opposition leader Henrique Capriles.

In one indicator of how the political forces are shaping up in polarised Venezuela, Chavez allies won a commanding 20 out of 23 governorships in state elections on Sunday. 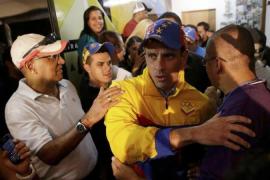 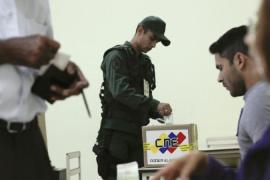 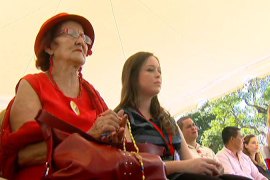