Two people have been injured in two blasts in the Kenyan capital, Nairobi, according to local media.

The explosions happened in quick succession outside al-Amin mosque in the Somali-dominated Eastleigh district during the evening rush hour on Wednesday, police said.

The area has been the scene of numerous attacks suspected to be the work of Somali groups who object to Kenya’s
armed incursion into neighbouring Somalia.

There was no immediate claim of responsibility for Wednesday’s attack.

“There were two explosions and two people were injured near the al-Amin mosque in Eastleigh,” Moses Ombati, Nairobi’s police chief, was quoted as saying by Reuters news agency.

“The two injured were civilians. We are not sure who is behind the attack and we suspect it was grenades.”

Kenya has sent troops to pursue Somali fighters it blames for repeated security attacks and the kidnapping of two Western tourists within its borders.

Tensions have risen in the past two months in Eastleigh, commonly dubbed “Little Mogadishu” because of its large Somali population.

Some of Eastleigh’s residents are refugees but many others are Kenyans of Somali ethnicity or illegal immigrants.

The wave of bombings, shootings and hand-grenade attacks blamed on Somali fighters have hit the capital, the port city of Mombasa and towns near the frontier with Somalia, prompting Kenya on Tuesday to order all refugees and asylum seekers to report to camps and to bar them from living in towns. 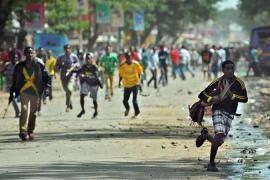 Rising xenophobia against Somalis in Kenya

Kenyans view Somalis with suspicion as al-Shabab is blamed for attacks in their country. 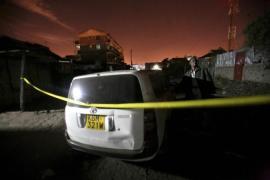 The latest bombing in Kenya’s capital spells a foreboding future for resident Somalis. 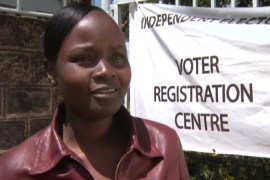 Only 13 million of nation’s 22 million voters have signed up for next year’s presidential polls. 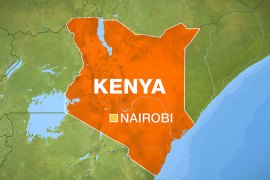 Several injured in series of explosions in Somali Eastleigh suburb in Kenyan capital.