A French court has decided to maintain aggravated pimping charges against Dominique Strauss-Kahn, the former head of the International Monetary Fund (IMF).

Wednesday’s ruling in the French city of Douai means a judicial investigation into allegations that Strauss-Kahn and associates arranged sex parties with prostitutes will continue.

The case revolves around a suspected luxury prostitution ring in northern France.

Strauss-Kahn, once tipped to become president of France, is under fire over parties in the so-called Carlton Affair, named after a hotel at the centre of the inquiry.

Strauss-Kahn’s lawyers said their client attended “libertine” gatherings but did not know some women present were paid.

Case to be appealed

The lawyers said they would appeal against the ruling, arguing that investigating judges in the case were biased.

“Dominque Strauss-Kahn’s defence team is certain that he will ultimately be cleared of these absurd accusations of pimping,” lawyer Henri Leclerc said in a statement, adding that he planned to take the matter to France’s supreme court.

They argue that consorting with prostitutes is not illegal and that investigators have no arguments for pursuing him on the grounds that his behaviour could be construed as pimping, which is illegal.

Strauss-Kahn, who is reportedly taking steps to reinvent himself as a highly-paid consultant and conference speaker, has said the authorities are trying to “criminalise lust”.

The verdict came just over a week after Strauss-Kahn settled a separate civil case in New York with a hotel maid who accused him of attempted rape in May 2011.

The New York case ended his presidential ambitions and career at the IMF.

While the New York settlement brought his US legal woes to an end, Wednesday’s court decision removed the prospect of a quick conclusion to the last sex offence inquiry he faces. 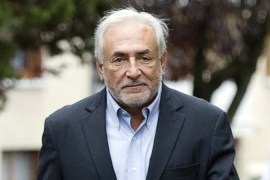 New York judge says former IMF chief and maid who accused him of sexual assault have reached an undisclosed deal. 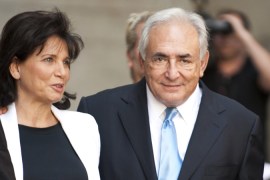 French prosecutors drop probe into accusations that former IMF chief took part in a gang rape in the United States.