The International Criminal Court (ICC) has acquitted Mathieu Ngudjolo Chui, a former Congolese militia leader, of seven war crimes charges, including those related to the massacre of a village in the Democratic Republic of Congo in 2003.

“The chamber acquits Mathieu Ngudjolo of all the crimes against him. The chamber orders… the immediate release of Mr Ngudjolo,” presiding Judge Bruno Cotte said on Tuesday.

Cotte stressed the acquittal did not mean the court felt no crimes were committed in Bogoro village but that witness testimony had been “too contradictory and too hazy”.

“After receiving all the evidence, the chamber hereby concludes that the prosecution did not prove beyond all reasonable doubt that Mathieu Ngudjolo committed the various crimes as alleged.”

Ngudjolo was facing three counts of crimes against humanity for the massacre in the northeastern Ituri province of DR Congo.

The massacre claimed the lives of 200 residents of the Bogoro village in the mineral-rich province in 2003.

The ICC, based at The Hague, heard reports of victims, including women and children, being murdered, raped and set ablaze in assaults allegedly ordered by Ngudjolo.

Rights organisations called on the court to explain the acquittal to victims and survivors, and to improve its investigations.

“The ICC prosecutor needs to strengthen its investigations of those responsible for grave crimes in Ituri, including high-ranking officials in Congo, Rwanda and Uganda who supported the armed groups fighting there,” said Géraldine Mattioli-Zeltner, the international justice advocacy director at Human Rights Watch.

Fatou Besnouda, the court’s chief prosecutor, indicated that she would appeal the verdicts and asked to have Ngudjolo kept in custody.

Ngudjolo pleaded not guilty at the beginning of his trial in 2009, stating that he learnt of the attack days after it took place. He has also denied ever being a member of a militia.

The clashes in Ituri province broke out in 1999, leaving almost 60,000 dead, according to reports from non-governmental organisations.

Judges are still considering evidence against Germain Katanga, another militia leader who stood trial with Ngudjolo, and are expected to produce verdicts in his case next year. 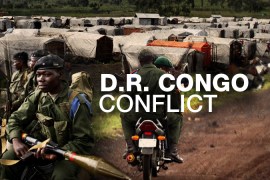 Up-to-date coverage of the latest developments in the DR Congo conflict. 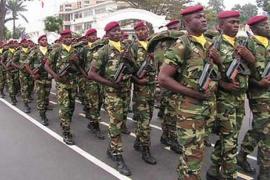 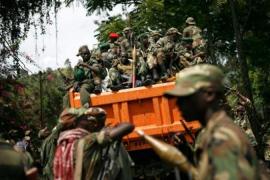 The strength of Congo’s rebel groups

As M23 revels leave Goma, there is a general feeling they could return back quite soon.