Jacob Zuma, the South African president, has acknowledged that corruption and violence have marred the image of the African National Congress (ANC) under his watch, but called on members to again support him to be the party’s leader.

The ANC, once a liberation movement that started a century ago to fight apartheid, has been governing South Africa for 18 years and faces increasing criticism in this nation of 50 million people that’s the continent’s top economy.

Some 4,000 delegates gathered on Sunday for the start of the party’s Mangaung conference, being held in the city also known as Bloemfontein, and listened to Zuma offer occasionally candid comments about the party’s issues.

Still, Zuma made promises and said his government remained on track to change South Africa, attempting to appeal to delegates who will decide whether Zuma or his quiet deputy Kgalema Motlanthe should take charge of the party.

In his opening address at the ANC conference to choose its leadership for the next five years, Zuma said two downgrades by international ratings agencies this year did not mean South Africa was in trouble.

“We want to dismiss the perceptions that our country is falling apart because of the downgrades,” he said. “We continue to do our development work, we continue to plan for a recovery.”

At the conference, Zuma, 70, is expected to garner enough support to head off the challenge to his party chief post from Motlanthe.

Al Jazeera’s Haru Mutasa, reporting from Bloemfontein, said that Zuma’s opening speech on Sunday and the commencement of the conference had been delayed to discuss member grievances of vote-rigging and other irregularities.

Party members raised issues of bogus delegates and were concerned that people were being given entry tags that gain them access to the conference, an invitation only event. These problems had not been resolved, said Mutasa.

Zuma arrived to a warm welcome from his supporters and some calls for change from the periphery of the gathering. He opened the conference with song in which he praised the country’s ailing former president, Nelson Mandela.

“Public spats, shouting from podiums, if one partner is unhappy with the other, will do little to build alliance,” he told the crowd.

The conference which will run over five days and ends on Friday, will primarily determine the top leadership of the party, and the likely president of the country due to its party-election process.

On Sunday night, delegates are to nominate their preferred candidates for the ANC top six officials. The electoral commission is to then officially reveal who had accepted nomination.

Preliminary voting has put the incumbent well ahead of his rival in the leadership stakes to remain in power after the country’s 2014 elections, but he is expected to face tough criticism for failures in his term. 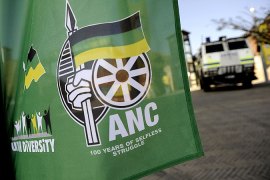 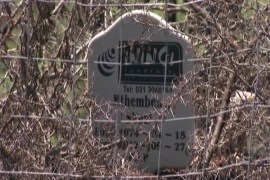 Dozens murdered in the last two years, with fears of more violence ahead of ANC convention. 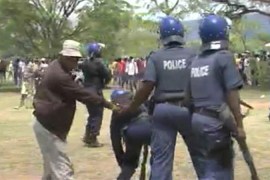