At least ten people have been killed after South Sudanese troops opened fire on demonstrators angry at officials moving the seat of local authority outside a state capital, according to United Nations sources.

McDowall said four people were killed in the town of Wau, capital of the Western Bahr el Ghazal state, during clashes overnight on Saturday, while six more were shot dead on Sunday.

The protests started after officials said they would move the seat of local authority out of Wau to a nearby smaller settlement of Bagare.

There were conflicting reports as to whether some of the demonstrators may also have been armed.

Kella Kueth, an army spokesperson, told the AFP news agency: “We are investigating the allegations of armed elements inside the demonstrations, as well as allegations of the disproportionate use of force by the army against civilians.”

Troops were deployed on Saturday to remove protesters blockading roads leading out of Wau, while UN peacekeepers had been shuttling between demonstrators and the army to try to calm both sides.

“A number of protesters fled to the cathedral where they took sanctuary,” McDowall said, adding that the army later surrounded the building and had to be persuaded back to their barracks by the Bishop of Wau.

South Sudan, the world’s youngest nation, is awash with weapons after decades of war with Sudan, which it broke free from in July 2011.

Separately, in neighbouring Sudan, many people were also detained by the security forces, and a bus belonging to the government was torched in the capital Khartoum, an  AFP reporter said.

The official Radio Omdurman quoted police as saying 47 people were taken into custody when officers broke up an “attempted disturbance”.

At least two men suffered head wounds while one was injured in the leg and two women had trouble breathing, apparently from tear gas fired by police, the AFP reporter said.

The death of the four students last week, following an alleged crackdown on a tuition protest, has prompted a re-emergence of Arab Spring-inspired demands for the downfall of the government.

“The people want the fall of the regime,” protesters shouted, in a call last heard in Sudan in June and July when scattered anti-regime demonstrations sparked by inflation spread around the country.

They later lost steam after a security clampdown.

“Killing students is the killing of the nation!” demonstrators shouted as they converged on the capital’s main public bus terminal, the reporter said.

About 100 demonstrators walked three kilometres from the riverfront University of Khartoum to Nilien University where hundreds more joined them before they moved into the bus terminal.

Police then fired tear gas but the protesters regrouped, and lobbed back stones before more teargas was fired. 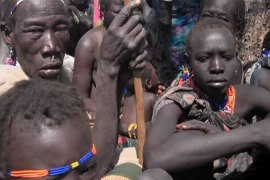 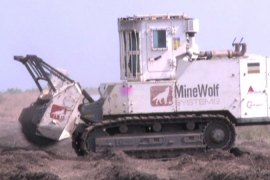 Weapon poses serious threat in African country even as daily civilian fatalities around the world continue to fall. 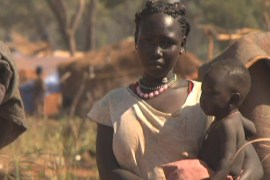 Head of UN refugee agency says efforts to convince refugees to move to safer places have not succeeded. 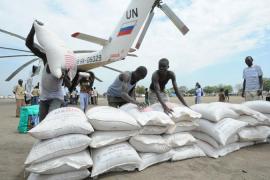 When it comes to human rights staff, government in Juba says it “knows where they go, who they talk to, who they meet”.

COVID ‘could have been contained’: Ex-Taiwan health minister