The world’s major powers have given full political recognition to the Syrian National Coalition, an opposition bloc, as the fourth conference for the “Friends of the Syrian People” opens in Morocco.

More than a hundred government delegates, including from the US, France, Britain and the Gulf countries, have gathered in the Moroccan city of Marrakesh on Wednesday to unveil measures to support the newly formed Syrian group.

The meeting comes as rebel forces in Syria have scored a number of victories against the government of Bashar al-Assad in recent weeks and have intensified a push towards Damascus.

A draft declaration at the meeting states that the members were prepared to recognise the opposition coalition as “the legitimate representative of the Syrian people”. It also called on President Asad to “stand aside” in order to allow “a sustainable political transition” process.

“It’s going to be a major diplomatic achievement, coupled with the gains made on the ground by the rebels, this is something that will push them to press ahead today with major demands,” reported Al Jazeera’s Hashem Ahelbarra from Marrakesh.

Speaking at the conference, Moaz al-Khateeb, the leader of the coalition, said that if the Syrian government used chemical weapons against his people, the opposition will hold the international community, and particularly Russia, responsible.

He has also urged Syria’s Alawites to rise in “civil disobedience” against Assad and called on Iran to withdraw any personnel it had “providing assistance” to the Syrian government.

Khateeb said that the coalition needed not just political backing, but also financial support, particularly the setting up of a reconstruction fund. He also said that members of the Syrian government should be charged in the International Criminal Court.

On the eve of the talks, Barack Obama, the US president, announced that his government would be recognising the coalition as Syria’s “legitimate representative”.

His announcement stopped short of authorising the US to supply weapons to the opposition, however.

Fighting has intensified in recent days, with rebels claiming they have taken over a large military base near the city of Aleppo, and both sides trading mortar and artillery fire in southern Damascus.

On Wednesday, the state SANA news agency reported that at least one person had been killed and several others wounded in two bomb blasts in the Syrian capital and Jaramana, a southeastern suburb of the city.

The government forces’ firepower is still superior to that of the rebels’, however, and the latter have repeatedly asked the international community to aid them by providing heavy weapons.

Little in the way of direct military or financial support is expected to be channelled to the coalition at the Morocco meeting, partly because it lacks the ability to act as a provisional government and because Western powers are still wary of backing certain fighters in the rebel ranks.

On Tuesday, the US declared the al-Nusra Front, part of the opposition Free Syrian Army, a “terrorist organisation”, terming it an offshoot of al-Qaeda in Iraq.

The opposition, dogged by splits and rivalries, as well as a lack of clarity on the command structure of its armed wings, established a more unified political opposition and military command, in a bid to win international support.

France, Britain, Turkey and the Gulf states have already granted them formal recognition. The European Union, in a meeting on Monday, moved a step closer towards recognition. 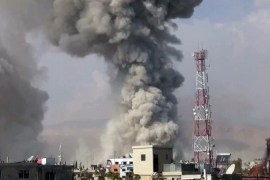 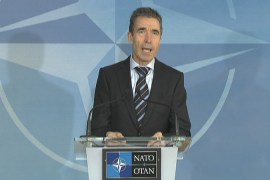 Military alliance approves use of Patriot missiles in Turkey amid fears over Syrian chemical weapons.