Venezuelan President Hugo Chavez’s fourth round of cancer surgery was complicated but successful and the leader was recovering in his Cuban hospital room, the country’s vice president says.

“We want to thank all the love, the pure love … for this operation ended correctly and successfully,” Nicolas Maduro, who was recently designated by Chavez as his successor in case he becomes incapacitated, said in an address to the nation on Tuesday.

Maduro said the surgery had lasted more than six hours, adding that “Commander Chavez was back in his room” and would shortly begin a “post-operative phase” that would last several days.

Al Jazeera’s Teresa Bo, reporting from the capital, Caracas, said that after addressing the nation Maduro attended a mass held for Chavez in the city.

“We saw thousands of people praying for the president,” she said. “We saw people crying, we saw people carrying crosses and pictures of him and chanting, ‘Long live Chavez.'”

“There is a vigil ongoing in one of Caracas’s main squares. People say they are going to stay there until
they hear further news about the president’s health.”

Chavez announced on Saturday that he needed to undergo a fourth cancer-related surgery after tests showed that “some malignant cells” had reappeared in the same area in his pelvic region where tumours were previously removed.

Neither the Venezuelan leader nor his Cuban doctors have ever disclosed what kind of cancer he has.

Chavez, 58, acknowledged that his Cuban medical team had conveyed to him a sense of urgency about the operation, which he said was now “absolutely necessary”.

Chavez also said that in the event that “something happens” to him, Maduro would step in and assume control of the government for the rest of the 2013-2019 term, as required by the constitution.

The president also indicated he would like Maduro to take over the reins of power in a post-Chavez period, urging Venezuelans to vote for him in the next presidential elections.

Maduro, who has been serving as Venezuela’s foreign minister for the past six years, was appointed vice president in the wake of the October presidential elections. He has held both portfolios since.

Maduro broke into tears at a political rally hours after Chavez flew to Havana.

“Chavez has a nation, he has all of us, and he’ll have all of us forever in this battle,” he told supporters. “Even beyond this life, we’re going to be loyal to Hugo Chavez.”

Speaking to Al Jazeera from London, Colin Harding, head of the Latin Form, a political consultancy focusing on Latin America, said Chavez is hoping Maduro will be able to continue his “Bolivarian revolution”.

“Maduro is Chavez’s closest confidante but he is not anything like Chavez, in the sense that Chavez is a highly charismatic and extremely crowd-pleasing figure,” Harding said.

“Maduro has a rather brooding presence. He was an experienced union leader in the 90s – before that he was a bus driver in Caracas.” 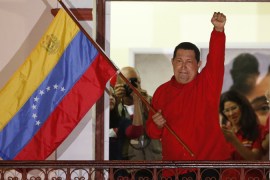 Chavez seems reluctant to promote other figures within his coalition who might rival his own power. 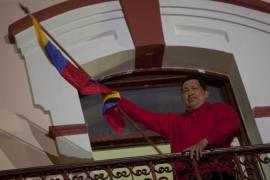 Leftist president pledges to work with the country’s opposition after being re-elected for a fourth term in office.