“Based on the results, I declare President John Dramani Mahama president elect,” Kwadwo Afari-Gyan told a news
conference on Sunday in the capital Accra.

The results came after the National Patriotic Party called on the electoral commission to delay the official announcement of the results, raising concerns about the conduct of the vote in a nation seen as a stable democracy in an unstable region. 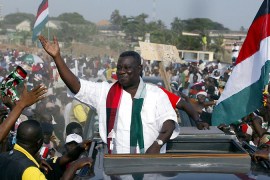 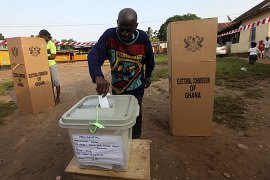