Israeli soldiers have raided the offices of three civil society organisations in the heart of Ramallah in the occupied West Bank.

Entering before dawn on Tuesday, troops wrenched open the doors of the Women’s Union, the Palestinian NGO Network and Addameer, an advocate for Palestinians in Israeli jails.

The raids were the first of their kind in a Palestinian city since the West Bank government won an initiative at the United Nations General Assembly on November 29 which recognised a de facto Palestinian state.

“This comes in the context of the UN’s decision,” Allam Jarrar of the Palestinian NGO Network told reporters on Tuesday morning, “boycott Israel” leaflets strewn on the floor of the raided office.

“This a message by the Israelis to the Palestinians, saying that when they take decisions or form patriotic organisations to seek their freedom, the occupation will use aggression to try and stop us,” he said.

On its website, Addameer said that the raid, in which computers were confiscated and office furniture and equipment were destroyed, is the first raid of the organisation’s offices since Ramallah was invaded in 2002.

“At this moment, we are not clear as to what has been confiscated, but in the coming days we will know more about the level of destruction and damage,” the statement read.

The West Bank has seen mounting clashes between Israeli soldiers and Palestinian protesters, leaving two Palestinians dead since the launch on November 14 of an eight-day Israeli offensive in the Gaza Strip.

Nighttime arrests of Palestinians suspected by Israel of ‘illegal’ activity have awoken small towns throughout the West Bank in the last week, provoking exchanges of gunfire by troops and stones heaved at them by increasingly defiant locals. 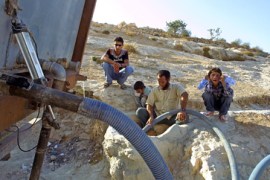 Palestinians fear a water shortage in the summer, when usage and demand are highest. 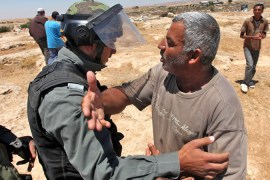 Can water end the Arab-Israeli conflict?

Could solving the water crisis in Israel and Palestine also help resolve the entrenched occupation and conflict?