Any use of chemical weapons by Syrian President Bashar al-Assad during the ongoing uprising to overthrow his government will draw “an immediate reaction” from the world community, NATO’s chief has said.

The secretary-general said that the threat of chemical weapons made it urgent for the alliance to authorise the deployment of Patriot anti-missile defence systems to Turkey.

The French foreign ministry earlier said that “possible movements on military bases storing chemical weapons in Syria” were a cause for alarm.

Barack Obama, the US president, told al-Assad on Monday not to deploy chemical weapons, though he did not specify how the US would respond.

The Syrian foreign ministry has repeatedly denied that it would consider using chemical weapons against Syrians, though it has not ruled out their use in case of foreign military intervention.

Foreign military analysts say that Syria has the capability to produce chemical agents such as mustard gas and sarin, and that it could also produce VX nerve gas.

Mark Fitzpatrick, an expert on chemical weapons at the International Institute for Strategic Studies, told Al Jazeera that it was unclear if Syria was actually preparing to use such weapons, but that precautions had to be taken.

He said that, depending on the delivery mechanism of the weapons, defence systems could be put into place.

“If it is an artillery rocket of the kind that were used in Gaza against Israel, and if the defender had what Israel has – the ‘Iron Dome’ system – then many of them can be intercepted. If it’s a ballistic missile, of the kind of SCUD-B and SCUD-C that Syria has, then you need a more sophisticated kind of defence, and that’s why Turkey is introducing Patriot [missile defence] batteries from NATO,” he said.

Fighting around the capital Damascus has led foreign airlines to suspend flights and prompted the UN and European Union to reduce their presence there.

The Syrian Observatory for Human Rights, a UK-based anti-government rights group, said that 200 people were killed across Syria on Monday, more than 60 of them around Damascus.

Al-Assad’s forces bombarded districts to the southeast of the capital on Tuesday, near to the international airport, and in the rebel bastion of Daraya to the south-west.

In central Damascus, shielded for many months from the full force of the civil war, one resident reported hearing several loud explosions.

“I have heard four or five thunderous blows. It could be barrel bombs,” she said, referring to makeshift bombs which activists say Assad’s forces have dropped from helicopters on rebel-dominated areas.

State media, meanwhile, reported that a rebel attack had killed at least eight students and their teacher when a mortar hit a school building.

The mortar hit the Bteiha school in Wafideen camp, about 20 kilometres northeast of Damascus, the report said. Wafideen is home to some  25,000 people displaced from the Golan Heights by the Israeli occupation since  1967.

“They were killed by a mortar launched by terrorists,” said the SANA news agency, using the Syrian government’s term for rebels. 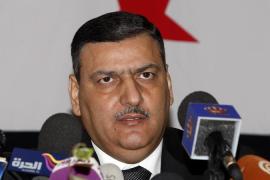 Hijab: Russia in denial over Syria

Former Syrian PM tells Russian FM that no negotiations can take place so long as Assad remains in power. 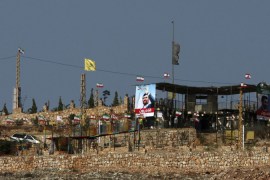 What originally brought Syria and Iran together was not the Shia sect, but Iraq – the common enemy both hated and feared