Palestinian President Mahmoud Abbas has been greeted by cheering crowds as he returned to the occupied West Bank after his successful UN bid for upgraded diplomatic status for Palestine.

The celebrations took place despite Israel’s announcement on Sunday that it was withholding $120m in tax revenue that it collected for the Palestinian Authority (PA) in November.

The vote to recognise Palestine as a non-member observer state has angered Israel, which said – hours after the UN General Assembly passed the vote – that it would construct thousands of new settler homes in East Jerusalem and the West Bank.

Under interim peace deals, which Israel says the Palestinians violated by unilaterally seeking the upgrade, Israel collects about $100m a month in duties on behalf of the authority.

Israeli officials said the PA owes about $200m to the Israel Electric Corporation and that money will now be deducted from the tax transfers.

Yasser Abed Rabbo, a senior Palestinian official, said Israel was guilty of “piracy and theft” by refusing to hand over the funds.

Israel has previously frozen payments to the body during times of heightened diplomatic tensions.

Josh Lockman, a professor of international law at the University of Southern California, said Israel’s reaction to Palestine’s new UN status brings into doubt its “genuine commitment to a two-state solution”.

“[Israel’s announcement] will draw a lot of condemnation, not just in the region from key actors such as Egypt, Turkey and Qatar, which are already trying to broker this undoubtedly tenuous ceasefire between Hamas and Israel, but also the European Union and the United States,” he told Al Jazeera on Monday.

On Friday, Israel revealed plans to build 3,000 settler homes in the West Bank, including annexed East Jerusalem, and to revive a dormant project in a highly contentious area known as E1, a corridor that runs east from the far edge of Jerusalem into the heart of the West Bank.

Ban Ki-moon, UN secretary-general, gave warning on Sunday that any Israeli move to revive that project would deal an “almost fatal blow” to any prospects for peace.

“It was with grave concern and disappointment that the secretary general learned of Israel’s announcement of 3,000 new settlement units in east Jerusalem and other parts of the West Bank,” a statement from Ban’s spokesperson said.

“This would include reported planning in the so-called E1 envelope, which risks completely cutting off East Jerusalem from the rest of the West Bank.

“Settlements are illegal under international law and, should the E1 settlement be constructed, it would represent an almost fatal blow to remaining chances of securing a two-state solution.

Britain and France are considering recalling their ambassadors to Israel over its plans to build new settler homes in a highly controversial area of the West Bank, Israel’s Haaretz newspaper reported on Monday.

“This time it won’t just be a condemnation, there will be real action taken against Israel,” a senior European diplomat told the paper, which also quoted another diplomat as saying: “London is furious about the E1 decision.”

The French government, however, played down the reports.

“There are other ways in which we can express our disapproval,” a foreign ministry official told the Reuters news agency on Monday. 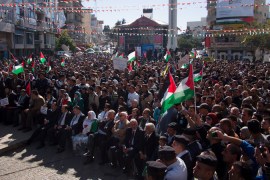 West Bank and Gaza celebrate UN vote, but not everyone is convinced the new status will help Palestine’s cause. 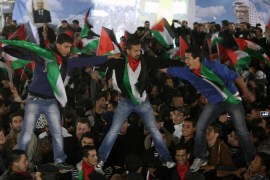 Overwhelming majority of states vote to give Palestine non-member observer status, despite Israeli and US opposition. 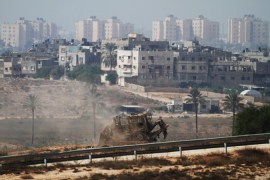 Parents, children, and lovers in the West Bank and Gaza are torn apart by Israel’s strict ‘separation policy’. 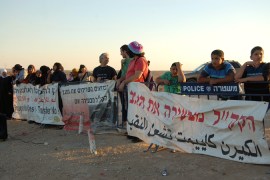 As Israel prepares for elections, many of the country’s Palestinian citizens feel that there is little hope for change.