Japan has begun deploying a surface-to-air missile defence system and is putting its armed forces on standby in advance of a planned North Korean missile launch this month, reports and officials say.

North Korea announced on Saturday that it would launch a rocket between December 10 and 22 – its second long-range rocket launch this year after a much-hyped but botched attempt in April.

Satoshi Morimoto, Japan’s defence minister, ordered the military on Saturday to prepare for the rocket launch, with a defence ministry spokesman telling AFP news agency that “our ground, marine, and air forces are now preparing to deploy troops in Okinawa”, which the rocket may fly over.

Japan is also planning to deploy Aegis warships in neighbouring waters, the Yomiuri Shimbun and other Japanese media reported on Monday.

Officials are preparing to issue an advance order as soon as Friday to shoot down the rocket if it looks set to fall on Japanese territory, after an emergency meeting chaired by Yoshihiko Noda, prime minister, the Nikkei business daily reported.

In April, Japan ordered missile-defence preparations, including placing one of its PAC-3 systems next to the defence ministry building in central Tokyo in response to the earlier North Korean rocket-launch attempt.

Military preparations were also made in 2009 in advance of another attempt.

Noda on Monday called for close co-operation with the US, China, South Korea and Russia in preparation for the planned launch, which has drawn international condemnation.

“I have ordered cabinet ministers to gather and analyse information closely with each other and as we closely collaborate with related countries,” he was quoted by Dow Jones Newswires as saying.

North Korea has reportedly notified neighbours, including Japan, of the trajectory of the planned rocket launch.

It would be North Korea’s second launch attempt under leader Kim Jong-un, who took power following his father Kim Jong-il’s death nearly a year ago.

A spokesman for North Korea’s Korean Committee for Space Technology said scientists have “analysed the mistakes” made in the failed launch and improved the precision of its Unha rocket and Kwangmyongsong
satellite, according to the official Korean Central News Agency.

The statement said the launch was a request of late leader Kim Jong-il. He died on December 17, 2011, and North Koreans are expected to mark that date this year with some fanfare.

The space agency said the rocket would be mounted with a polar-orbiting Earth observation satellite, and maintained its right to develop a peaceful space programme. 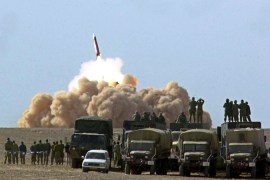 The mystery of missile defence

After the latest failed missile defence tests, critics wonder why the US has spent $100bn on the system. 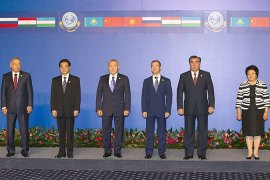 A NATO for the East?

As Russia and China criticise the US over its missile shield system, we look at the Shanghai Co-operation Organisation. 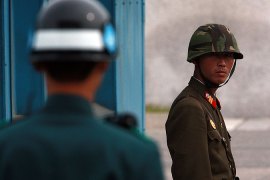 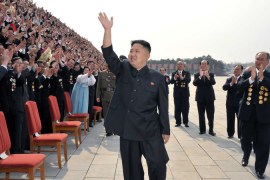 We ask if Pyongyang’s new leadership is shifting from its military-first approach to a new emphasis on the economy.