French President Francois Hollande voiced support for a transitional Syrian opposition government and called Iran’s nuclear ambitions a “threat” to the region and the world.

Hollande told reporters after talks with Saudi King Abdullah in the Saudi city of Jeddah on Sunday that “France is very keen on the formation by the opposition of a transitional government that would give it full legitimacy and ensure democratic transition in Syria”.

It is “absolutely necessary for the opposition to restructure,” he said, as the Syrian National Council (SNC) began meetings aimed at broadening its membership which has been criticised by the US.

Details have emerged of plans to reshape the SNC into a representative government-in-exile, after US Secretary of State Hillary Clinton charged that the opposition bloc, in its current structure, was not representative.

Asked about military aid to the Syrian rebels, Hollande said that only if “a temporary government is formed… we could only then ensure where the arms that could one day be provided go”.

On Iran’s controversial nuclear programme which he discussed with the Saudi monarch, Hollande stressed that Tehran’s will to “access nuclear weapons” was seen as “a threat to the entire region and for the world”.

Paris and Riyadh “agree” on toughening sanctions against Iran to “prevent it from moving forward” with its nuclear programme, he said. But both countries stressed negotiations with Iran as a way to resolve the matter.

Hollande earlier told reporters that “this visit to Saudi Arabia is primarily political”.

“France plays an active role in the Middle East. We are the most active country on issues concerning Syria, Lebanon, and the peace process” between Israel and the Palestinians, he said.

He later added that his visit aims at “establishing a personal relationship” with the monarch, whose country “is France’s first trade partner”.

Earlier, on a brief visit to Beirut, Hollande pledged to “protect” Lebanon against threats of destabilisation caused by the conflict in neighbouring Syria.

“France will spare no effort to guarantee Lebanon’s independence, unity and security,” Hollande said at a joint news conference with Lebanese President Michel Sleiman on Sunday.

France is determined “to oppose with all its strength any bid to destabilise Lebanon,” he added.

Sleiman said at the news conference that he reaffirmed to Hollande “Lebanon’s commitment to avoid the negative repercussions of the (Syrian) crisis”.

The Syrian opposition accuses Beirut of complicity with the regime of embattled Syrian President Bashar al-Assad, a former powerbroker in Lebanon.

Calls for Mikati to quit were spurred by a massive car bombing in central Beirut last month that killed Wissam al-Hassan, a top security official, in an attack the opposition blamed on the Syrian regime and its allies in Lebanon.

Since the attack, Sleiman has pressed for all-party talks on forming a new government “that can pull Lebanon out of its impasse”, saying only then can Mikati resign.

France is willing to host a meeting of Lebanese political figures if all parties were represented and if Beirut made an official request for such a gathering, a government source said in Paris.

Hollande said France was ready to help Lebanon probe the murder of al-Hassan, and said “there can be no impunity” for the assassination of Hariri and the security official. 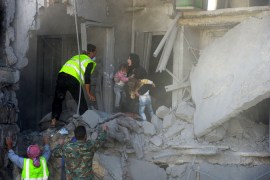 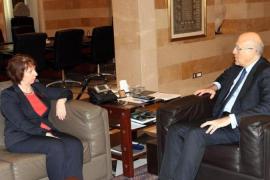 US and EU urge political stability in Lebanon

Power vacuum in Lebanon after the killing of security chief Wissam al-Hassan seen as a great risk to stability. 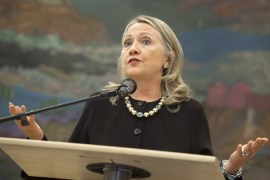 US calls for overhaul of Syrian opposition