France will vote in favour of Palestinian “non-member status” at the United Nations.

“This Thursday or Friday, when the question is asked, France will vote yes,” Foreign Minister Laurent Fabius announced in the lower house of parliament.

The move recognises efforts made by Palestinian officials to establish a statehood bid for the occupied territory.

With Tuesday’s announcement, France – a permanent member of the Security Council – becomes the first major European country to come out in favour of potential Palestinian statehood.

Portugal and Spain are also supporting plans for the Palestinians to get non-member status.

Although European support for the Palestinians to get non-member status is on the rise, Australia has decided to abstain.

Saying that the government is divided on the issue, Australian Prime Minister Julia Gillard said she would not be casting a ballot.

The Palestinians say the assembly is likely to vote on Thursday on a resolution raising their status at the United Nations from an observer to a non-member observer “state”, a move they believe is an important step toward a two-state solution with Israel.

The draft seeking the status upgrade also calls on the UN Security Council to “consider favourably” the Palestinian request for full membership made one year ago. The US has been blocking that move at the 15-nation council. 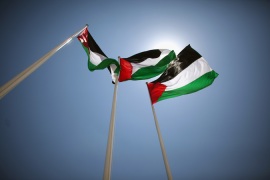 Palestine: The quest for statehood

Palestine’s bid to join the United Nations reignited international debate on the longstanding conflict with Israel. 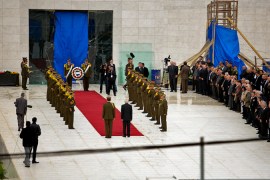 Remains returned to mausoleum after 10-hour process conducted by international experts to test for radioactive polonium. 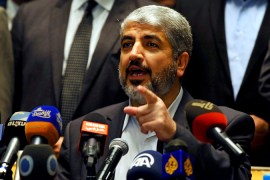 Mediators began separate talks with Hamas and Israel to discuss details of the ceasefire that ended eight days of war.