The White House has condemned Republicans’ “obsession” over comments made by UN Ambassador Susan Rice following the September 11 attack on the US embassy in Libya.

Spokesperson Jay Carney was speaking after Rice’s reportedly “discordant” meeting on Tuesday with senior GOP figures, in an ongoing row, which may hurt her chances of becoming the next US secretary of state.

“There are no unanswered questions about Ambassador Rice’s appearances on Sunday shows,” Carney said.

Rice had cited since-discredited CIA assessments on US television days after the Benghazi attack, which killed four US diplomats, including the US ambassador to Libya, Christopher Stevens.

She had said that the attack was initially thought to be a result of “a spontaneous reaction” to an offensive anti-Islam film made in the US, but that organised and armed “extremist elements” hijacked protests outside the embassy, swiftly escalating the violence at the scene.

Senior Republicans have since claimed that Rice was misleading Americans into believing that US citizens had been at fault, through the making of the offensive movie, instead of the reportedly al Qaeda-linked group that carried out a pre-meditated offensive.

In a statement issued after the meeting on Tuesday, Rice said for the first time that the talking points she used for the TV appearance “were incorrect in a key respect: there was no protest or demonstration in Benghazi”.

GOP senators have been threatening to hold up Senate confirmation of Rice, should she be named as successor to Hillary Clinton, who is expected to soon retire from her position as US senior diplomat.

Rice met Republican senators John McCain, Lindsey Graham and Kelly Ayotte earlier on Tuesday in an effort to quell the controversy over her remarks, but appeared to do little to assuage her critics.

“We are significantly troubled by many of the answers that we got and some that we didn’t get concerning evidence that was leading up to the attack on the consulate and the tragic death of four brave Americans and whether Ambassador Rice was prepared, or informed sufficiently, to give the American people the correct depiction of the events that took place,” McCain told reporters.

Graham added: “Bottom line, I’m more disturbed now than I was before that 16 September explanation.”

But Carney dismissed the senators’ objections as partisan attacks.

“People are more interested in talking points for a Sunday show several months ago, than they are in finding out what happened in Benghazi,” Carney said.

“The focus on, some might say, the obsession on comments made on Sunday shows seems to me and to many, to be misplaced.”

Barack Obama, the US president, he argued, was more interested in the result of State Department and FBI probes into the killings and on bringing to justice those responsible.

Ambassador Rice is a close political ally of President Obama, and suspected to be a front-runner to take over at the State Department in the president’s second term. 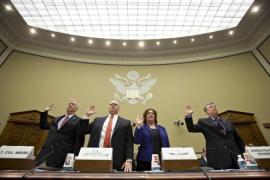 Ahmed Abu Khattalah, under investigation for US consulate assault, says he was only directing traffic. 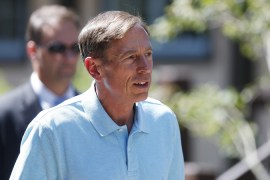 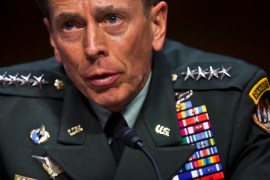 Regarding the Israeli/Palestinian situation, Americans are repeatedly told that “the Palestinians don’t want peace”.