South Korea’s two main presidential hopefuls are running neck and neck with the election barely a month away, the latest polls showed after a popular independent candidate bowed out of the race.

The latest survey was released as the candidates, including the daughter of former military ruler Park Chung-hee, officially begin campaigning on Tuesday.

Election is set on December 19.

Park wants to follow in the footsteps of her father, who ruled South Korea for 18 years until his assassination in 1979. She also served as the unofficial first lady of South Korea after her mother Yuk Young-soo was killed by a North Korean sympathiser from Japan.

Moon, whose father is a refugee from North Korea, is seeking to occupy the seat of his mentor, the liberal President Roh Moo-hyun.

“It is going to be a negative election campaign,” said Kim Jun-seok, a political science professor at Dongguk University in Seoul.

The polls suggested a tight race between Park and Moon after another candidate Ahn Cheol-Soo, a left-leaning software mogul with no party affiliation, left the campaign in a bid to consolidate liberal votes.

A poll conducted on November 24 by JoongAng Ilbo newspaper showed Park with 44.7 per cent support, slightly ahead of Moon’s 41.3 per cent. If elected Park will become South Korea’s first female president.

The survey was held after Ahn – who enjoyed huge popularity among young and some previously undecided voters – announced his departure Friday and threw his support behind Moon from the liberal opposition Democratic United Party.

The move – which drew fury from some Ahn supporters – left Moon a pressing task to win over the support base left by Ahn’s sacrifice and gather the maximum momentum heading into the December poll against Park.

The withdrawal of Ahn, who had painted himself as an outsider untainted by party politics, was a disappointment to many seeking an alternative to the entrenched left-right divide represented by the established political parties.

Acrimonious talks that had dragged for weeks between Moon and Ahn fanned concerns that the dispute would drive away swing voters and, in the worst-case scenario, the two may run separately, eventually handing Park the presidency.

Park, the daughter of the former dictator who was assassinated in 1979, has long led three-way polls but raced neck and neck in a face-off with either Moon or Ahn.

Another survey on Saturday showed Moon marginally ahead with 41.2 percent support to Park’s 39.2 per cent.

The same poll also showed only about 45 percent of former Ahn supporters threw their support behind Moon, while 17 percent switched support to Park.

Both Moon and Park formally registered for candidacy on Sunday before they are allowed to kick off official campaign activities running from Tuesday to the evening of the poll.

Moon on Sunday vowed to respond to Ahn’s sacrifice with presidential victory, urging Ahn’s supporters to rally behind him.

“I feel tremendously grateful [to] Ahn,” he said. “I will never forget his tears and will return [the favour] with victory.”

Like Moon, Park has promised greater “economic democracy” and better social welfare, although she has stressed that the big family-run businesses that dominate South Korea – the so-called chaebol – are essential to the country’s success and its ability to create jobs.

She has termed her father’s coup as “unavoidable and the best possible choice”. At the same time, she says she has always been “apologetic” to victims of her father’s push for industrialization, when he suppressed dissent in the face of threats from North Korea.

Moon has refused to visit the grave of Park Chung-hee, who put him in prison, and says that his daughter enjoyed a life of luxury in the presidential mansion and cannot understand the difficulties of ordinary people.

“When I was living in poverty, she was living the life of a princess in the Blue House,” Moon said when he declared his candidacy earlier this year. “When I was fighting against dictatorship, she was at the heart of it.”

On Sunday, he returned to the theme, setting the stage for a bitter final few weeks of campaigning that political analysts said would likely turn off many uncommitted voters.

“Please choose the force that can safeguard people’s welfare and livelihoods and square up to the forces that protect the chaebol and the privileged class,” Moon said. 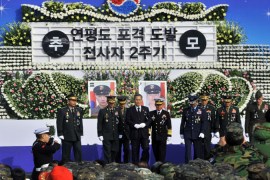 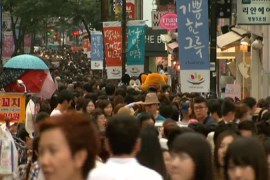 Households of one person will be most common living arrangement by end of 2012. 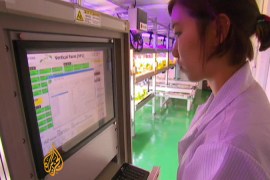 Scientists aim to fine-tune cultivation system before exporting it to regions with harsh climate. 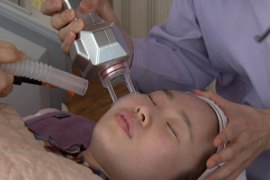 Officials say number of foreign visitors seeking cosmetic surgery is rising by 30 per cent a year.