With life in Gaza beginning to show signs that it is returning to normal, Ehud Barak, Israeli defence minister, has warned that Israel may resume its attacks any time if a truce that ended a week of bloodshed fails to hold.

Palestinians in the Gaza Strip celebrated the truce on Thursday and resumed their day to day activities, which had stopped from November 14 with Israel’s targeted killing of a senior Hamas military commander, but some Israelis demonstrated against the deal.

The ceasefire “can last nine days, nine weeks or more, but if it does not hold we will know what to do, and then of course we shall consider the possibility of resuming our [military] activity in case of shooting or provocation”, he told public radio on Thursday.

Ismail Haniya, prime minister of Gaza’s Hamas government, thanked Egypt and “believer” Mohamed Morsi for his country’s efforts in securing the ceasefire, saying Gaza’s victory is clear and the moment for Egypt and the region had arrived.

“I thank our Egyptian brothers and Egyptian intelligence for their tireless efforts to reach the ceasefire,” he said.

“We are satisfied with the ceasefire agreement as a basis for stopping aggression against Gaza.”

The morning after it took effect, the ceasefire was being honoured in Gaza after eight days of cross-border violence that resulted in the deaths of 162 Palestinians and five Israelis.

No sound of jets

Al Jazeera’s Nicole Johnston, reporting from Gaza City, said that there was calm without the sound of Israeli F16 fighter jets flying above.

After days and nights cooped up at home, their buildings rocked by an unrelenting Israeli bombing campaign and the sound of outgoing Palestinian rocket fire, residents were eager to reclaim their home towns and their lives as the truce came into effect.

For the first time in more than a week, the noise of traffic jams and honking horns filled the air in Gaza City, replacing the booms of air strikes and rocket fire.

Obtained after an intense diplomatic push led by Egypt and the US, the ceasefire came into force at 19:00 GMT on Wednesday, based on text of the agreement.

A senior Israeli official and three aides arrived in Cairo late on Thursday and were escorted to Egypt’s intelligence headquarters, according to Egyptian airport officials, presumably to hammer out the details of a deal that would include easing the Israeli blockade of Gaza, according to an AP news agency report.

The airport officials declined to be named because they were not authorised to give information to the media.

On the other side, Khaled Meshaal, the Hamas leader, and Ramadan Shallah, head of the smaller Islamic Jihad group, met Egypt’s intelligence chief as the follow-up talks geared up.

Reaching a deal on a new border arrangement for Gaza would require major concessions from both sides.

Hamas wants both Israel and Egypt to lift all border restrictions.

Israel, meanwhile, wants Egypt to halt weapons smuggling into Gaza through tunnels under the border.

Hamas has been able to significantly boost its arsenal in the past four years, largely with weapons from Iran, according to Meshaal, who thanked Iran for its support late on Wednesday.

As part of the ceasefire, Israel received US pledges to help curb arms shipments to Gaza.

Late on Wednesday night, the Hamas government announced that Thursday would be a public holiday.

“The Palestinian government announces that Thursday November 22 is a national holiday of victory and an official holiday,” it said in a statement.

The truce was announced in a joint press conference in Cairo by Mohammed Kamel Amr, Egyptian foreign minister, and Hillary Clinton, US secretary of state.

Under the ceasefire terms, Israel was to stop all aggression against the Gaza Strip from land, sea and air, including cross-border incursions and targeted killings.

Palestinian factions were to cease all rocket fire and attacks from Gaza towards Israel, including along the border.

Israel committed to opening of all border crossings and ease restrictions on movements of people and goods in and out of the enclave.

Al Jazeera’s Hoda Abdel-Hamid, reporting from Ashkelon in Israel, said that while Israel was hailing the ceasefire a victory, most people she had spoken to in the area were not happy about the truce with Hamas.

She said that there were demonstrations on Wednesday in Sderot and Beer Sheva and that people were saying that Binyamin Netanyahu, Israeli prime minister, had a choice between war and selling out and that he chose selling out.

“To the question of whether they would vote for Netanyahu again, most of the answers were a straight no,” she said.

Israel is due to hold an election early next year.

“There is bitterness and a feeling that a victory was handed over to Hamas. Some said that Netanyahu “betrayed” them but he will still win the elections because there is no one else,” our correspondent said.

Al Jazeera’s Tom Ackerman, reporting from Jerusalem, said that there were also no celebratory events there. He said that people were sceptical even though the government said that all objectives had been achieved by the operation.

Israel also arrested 55 people in the West Bank on Thursday in response to a bus-bomb attack in Tel Aviv on Wednesday. This was the first serious bombing in Israel’s commercial capital since 2006.

Meanwhile, Israeli’s security agency Shin Bet said it has arrested the people responsible for the bombing of a rush-hour bus in Tel Aviv that injured 29 people.

The suspects were arrested near the West Bank city of Ramallah, the statement said last Thursday. 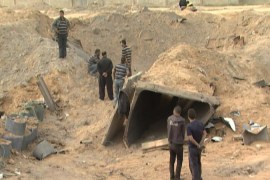 One of Hamas’s ceasefire conditions was the opening of borders, including the Rafah crossing into Egypt. 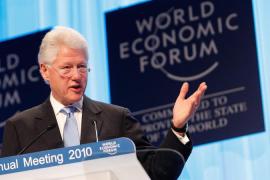 Gaza ceasefire a critical moment for US

Egypt-brokered ceasefire between Hamas and Israel poses new test for US diplomatic presence in region. 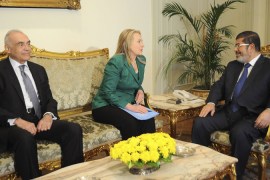 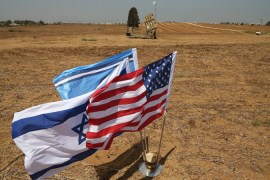