A former BBC executive has been appointed to lead Britain’s global broadcaster, just weeks after George Entwistle quit as director general amid a scandal over a story that wrongly accused a politician of child abuse.

Tony Hall, who left the BBC in 2001 after serving in different roles for 28 years, will replace Tim Davie, acting director general, in March 2013, according to the BBC Trust, which sets the strategic direction of the broadcaster.

The BBC Trust said the appointment of Hall, who holds the title of Lord Hall of Birkenhead, was unanimously agreed by trustees at a meeting held on Thursday.

It said Hall, who was head of BBC news and current affairs from 1996 to 2001, was a digital pioneer, launching BBC News Online, as well as Radio 5 Live, BBC News 24 and BBC Parliament. At present he is deputy chairman of Channel 4.

The role makes Hall the BBC’s editorial, operational and creative leader, with responsibility for a significant global workforce and the corporation’s services across television, radio and online, said the trust.

The appointment comes amid inquiries about how the BBC failed to expose its own recently deceased presenter Jimmy Savile for abusing children, despite setting out to do so.

Another inquiry will examine how the BBC broadcast a story that wrongly implicated Lord McAlpine in sexual abuse of children at north Wales care homes.

“While there are still very serious questions to be answered by the on-going inquiries, it is in the interests of licence fee payers that the BBC now starts to refocus on its main purpose – making great programmes that audiences love and trust,” said the BBC Trust.

“In doing this it will need to take a long, hard look at the way it operates and put in place the changes required to ensure it lives up to the standards that the public expects.”

The trust said “Tony Hall is the right person to lead” the BBC, which is funded through licence fees paid annually by individual TV owners.

The BBC has apologised for the Newsnight report that wrongly implicated Lord McAlpine, but the scandal led to the resignation on November 10 of Entwistle who had been in the $700,000-a-year job for only months.

Several BBC executives, including the director of news Helen Boaden and her deputy Steve Mitchell, have had to step aside to pave the way for the ongoing inquiries.

Entwistle had worked for the BBC for 23 years, holding various senior positions with the broadcaster which employs 23,000 people.

As head of the BBC he was technically holding the title of editor-in-chief, effectively making him responsible for all editorial decisions.

Lord Hall’s appointment, the sixteenth for director general at the BBC, was made following a direct approach from the BBC Trust.

“I believe passionately in the BBC and that’s why I have accepted [BBC Trust chairman] Lord Patten’s invitation to become Director General,” Hall said.

“This organisation is an incredibly important part of what makes the United Kingdom what it is. And of course it matters not just to people in this country – but to tens of millions around the world too. It’s been a difficult few weeks [for the BBC] but together we’ll get through it.”

Hall, who read politics, philosophy and economics at Oxford University, joined the BBC in 1973 as a trainee and rose through the ranks to become chief executive of BBC news. 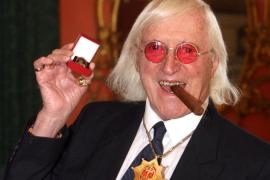 More than 200 potential victims of sexual abuse and harassment by staff, including Jimmy Savile, have been identified. 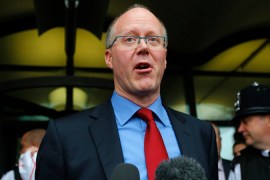 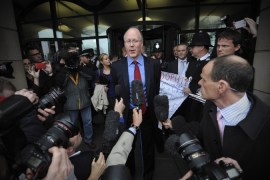 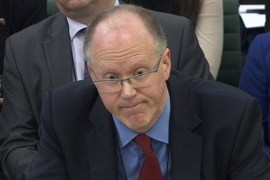 BBC director of news and deputy ‘step aside’

Helen Boaden and her deputy temporarily give up duties as UK broadcaster seeks clarity over editorial chain of command.