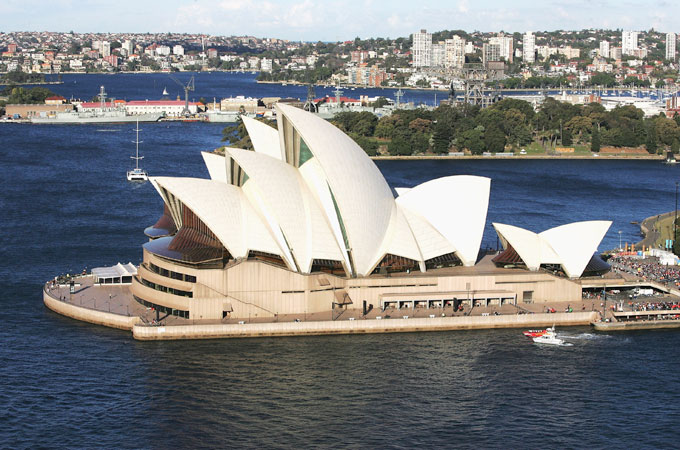 A Southerly Buster may bring much colder and windy weather to Sydney. [GALLO/GETTY]

Adelaide is likely to see the most dramatic change, with temperatures plummeting from 34C on Tuesday to just 20C by Wednesday.

The drop in temperature will result from a significant change in wind direction. Northerly winds – which blow from the hot interior will be replaced by southerlies which originate over the icy waters of the
Antarctic Ocean.

A strict definition of the Buster is provided by the country’s Bureau of Meteorology which requires a southerly wind gusting to over 54kph and a temperature drop of at least 5C over a three hour period.

Although Adelaide may reach these criteria, the Southerly Buster is a term most commonly used in Sydney, which is on the receiving end of around five Busters each year.

Some of the strongest Buster winds are experienced here, extending some 150km north and south of the city, from Newcastle in the north to Nowra in the south. Here, the winds are ‘squeezed’ by the mountains of the Great Dividing Range.

Temperatures in Sydney have been known to plunge by 10 to 15C in less than one hour.

The leading edge of the Buster is often marked by a spectacular roll cloud, lying perpendicular to the coast – a sure warning sign of deteriorating weather to the local yachting community.

It forms as an eastward moving cold front moving along the Great Australian Bight. As the front pushes up against the Great Dividing Range, the landward portion of the front stalls, whilst the seaward portion continues moving eastwards. This results in an ‘S’-shaped weather front.

This feature moves northwards at a rate which depends upon the temperature contrast within it and the depth of the cool air.

Whilst winds usually peak at around 75kph, the Buster of 18th December 1948 brought gusts of 113kph to Sydney.

Fortunately, the Buster on our weather charts is likely to weaken considerably before it reaches Sydney. Temperatures are expected to fall from 25C on Wednesday to 20C on Thursday but winds are not expected to be significant.