Long lines of voters have braved the heat in Sierra Leone to choose a new government to bring prosperity to
the poor West African nation a decade after a devastating civil war.

Despite a few glitches such as some polling booths opening late on Saturday, observers praised the peaceful process as voters patiently waited to cast ballots  for a new president, lawmakers and local government.

Polls closed late on Saturday night and counting was underway with citizens sitting around radios listening to provisional results filtering through from individual pollings stations across the country.

It is the third time Sierra Leone has voted since the end of its 11-year civil war in 2002, and the stakes are high in what is seen as a tight race between incumbent President Ernest Koroma, 59, and his main challenger, Julius Maada Bio, 48.

The election is a yardstick on Sierra Leone’s recovery from the conflict, and will hand the victorious party stewardship of a lucrative mining boom from its rich mineral resources.

Soldiers and policemen kept a strong presence on the streets of the verdant seaside capital, Freetown, which were empty of usual traffic due to a ban on all but specially accredited vehicles.

Al Jazeera’s Ama Boateng, reporting from Freetown, said the voters were “massively enthusiastic” and that many of them had been queuing since overnight.

Early turnout was heavy in Freetown’s business district, where voters stood in packed lines with their chests pressed up against the people in front of them.

Those not yet old enough to vote weaved through the crowds selling plastic bags of cold water stacked in buckets on their heads.

Voters made their way to polling stations on foot, or aboard a few circulating buses.

A decade after the end of a war synonymous with feared rebel leaders armed by the sale of “blood diamonds”, Sierra Leone has become accustomed to peace.

Now the concerns of most voters are development, prosperity, improved access to education and healthcare,  and greater employment opportunities.

Koroma, who belongs to the All People’s Congress (APC), is seen as the favourite to win, but only by a slim margin.

He won office in 2007 on promises to help uplift the diamond-rich nation and sought to reassure voters with campaign signs that read: “I Will Do More”.

He cast his ballot just after midday at the Goderich polling station in the west of Freetown.

“So far I am satisfied with the process. I am assured of victory and I believe the people of Sierra Leone will [put] their confidence in me for another five years,” he said in a brief statement after voting.

His supporters especially point to strides made in the country’s healthcare system through a programme offering free medical aid.

They also see hope for Sierra Leone because of several offshore oil discoveries made in the last three years.

The opposition, though, says that more needs to be done and some frustrated voters said they were backing Bio, who is a former military leader.

Bio voted earlier and also declared himself confident of victory.

While still one of the world’s poorest countries, Sierra Leone is rich in mineral resources and massive iron-ore stores are expected to add 21 per cent growth this year to its $2.2bn (1.7bn euro) gross domestic product,  the IMF estimates.

Sierra Leone has one of Africa’s lowest life expectancies at 47 years according to the World Bank, and highest rates of maternal mortality.

Koroma has been praised for the infrastructure boom, although his detractors say it has been marred by rampant corruption.

Despite a somewhat murky past as a putschist who briefly held power in 1996, Bio has amassed significant support and may prevent Koroma from reaching the 55 percent of votes required to prevent a run-off.

Due to his stint in the country’s top seat during which he handed power to a democratically elected government, Bio has sold himself as the nation’s Father of Democracy.

He has warned that he will not accept a “dirty election”. 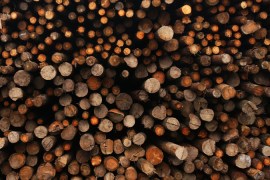 A story of corruption that is stripping the west African country bare. 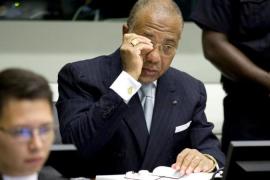 Civil war victims in Sierra Leone hope to draw a line after ex-Liberian leader is found guilty of war crimes. 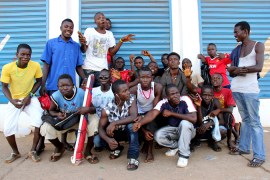 With elections two weeks away, pro-government youths are accused of receiving money to harass political rivals. 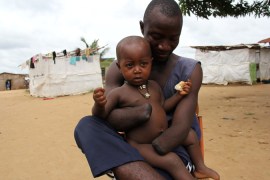