The new pope of Egypt’s Orthodox Coptic church was enthroned in an elaborate ceremony lasting nearly four hours, attended by the nation’s Muslim prime minister and a host of cabinet ministers and politicians.

Pope Tawadros II, 60, was elected November 4, but the official enthronement ceremony was held on Sunday at the Coptic cathedral in Cairo.

He replaced Shenouda III, who died in March after leading the ancient church for 40 years.

The packed cathedral repeatedly erupted into applause as the ceremony progressed.

The ceremony’s climax came when the papal crown was placed on the pope’s head before he sat on the throne of St Mark, the Coptic church’s founding saint.

Pope Tawadros did not address the televised ceremony, but had a brief speech read on his behalf by one of the church’s leaders in which he pledged to work for the good of Egypt, with its Muslims and Christians alike.

Egypt’s Christians make up about 10 per cent of the nation’s estimated 83 million people, making them the largest single Christian community in the Middle East.

Christians have long complained of discrimination, particularly in the last four decades as the country’s Muslim majority moved toward religious conservatism.

The rise to power of Islamists after the ouster nearly two years ago of authoritarian leader Hosni Mubarak has deepened their concerns, amid increasing attacks targeting their churches and businesses.

Vatican Radio said he expressed hope that relations between the Catholic Church and the Coptic Orthodox Church will continue to grow both “in a fraternal spirit of collaboration” as well as “through a deepening of the theological dialogue”. 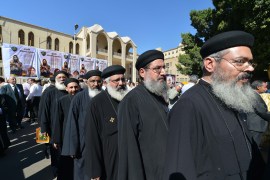 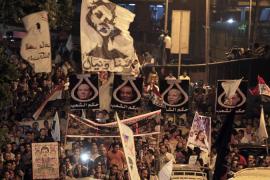 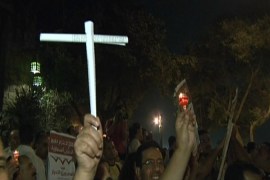 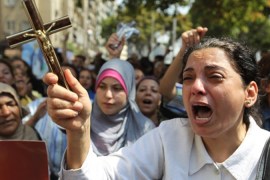