Arab League chief Nabil Elaraby has pledged to support Palestinians against “Israel’s aggression” and to end the blockade of Gaza during talks between Arab foreign ministers in Cairo.

The leaders said in a statement issued on Saturday that the Arab League chief will lead a delegation to the Gaza Strip on Sunday and support Egypt’s efforts to negotiate a truce.

Maan News Agency reported the delegation led by Elaraby will include Riyad Al-Malki, the Palestinian foreign minister, and four other foreign ministers. Hamas has not yet confirmed the plans for the visit.

Saturday’s meeting was called for after Israel launched a massive air campaign on Wednesday with the declared aim of deterring Hamas, the Palestinian group which controls Gaza, from launching cross-border rocket salvoes.

Israeli aircraft bombed Hamas government buildings on Saturday in the Palestinian territory, after Israel’s cabinet authorised the mobilisation of up to 75,000 reservists, preparing for a possible ground invasion.

Egypt had brokered an informal truce in October, which has since collapsed. It now says it is seeking a new deal.

Egyptian President Mohamed Morsi said on Saturday there were “some indications” a ceasefire could be reached soon between Israel and Gaza Palestinians but he had no firm guarantees.

Rafik Abdesslem, Tunisian foreign minister, visited Gaza on Saturday, a day after Hisham Qandil, Egyptian prime minister, crossed the border into the territory, condemning Israeli actions and pledging to work for a truce.

“Israel should understand that many things have changed and that lots of water has run in the Arab river,” Abdesslem said as he surveyed Hamas Prime Minister Ismail Haniyeh’s office, reduced to rubble in a morning air strike.

Turkish premier Tayyip Erdogan has been an outspoken critic of Israel, and Qatar’s emir, Sheikh Hamad bin Khalifa Al Thani, visited Gaza in October, breaking the isolation of the Palestinian group. Both arrived in Egypt earlier on Saturday.

Erdogan, whose trip was planned before the Gaza violence surged, spoke at Cairo University on Saturday.

Meshal held talks earlier on Saturday with Egyptian security officials on prospects for a truce.

Morsi, whose Muslim Brotherhood movement is closely aligned with Hamas, recalled his ambassador from Israel and sent his prime minister to Gaza in a show of solidarity.

But he is unlikely to substantially change Egypt’s policy on its single border crossing with the territory, which Hamas wants to turn into a trade gateway.

Egyptian officials fear any such move would make them responsible for Gaza’s impoverished 1.6 million people, a burden they believe Israel should bear.

And it would alienate Palestinian president Mahmud Abbas, whose Fatah movement Hamas ousted from the territory in deadly fighting in 2007.

Ben Rhodes, White House deputy national security adviser, told reporters the US “wants the same thing as the
Israelis want”, which is an end to rocket attacks.

The US is emphasising diplomacy and “de-escalation” as keys to solving the conflict, Rhodes said.

In other developments, Jordan’s King Abdullah II ordered on Saturday the dispatch of immediate support to Palestinians in the Gaza Strip.

The Jordanian Hashemite Charity Organisation was instructed to “send urgent humanitarian aid to the Palestinian people in Gaza who are facing suffering and difficult living conditions due to Israeli attacks,” the royal palace said.

The palace said the measures were aimed at providing “all the necessary medical care to children of the brotherly Palestinian people … in view of the difficult circumstances in the face of Israeli aggression”.

On Friday, King Abdullah told Hillary Clinton, US secretary of state, in a phone call that he was “deeply worried” about the implications for the whole region of Israel’s air strikes on the Gaza Strip.

The king, whose government has a 1994 peace agreement with Israel, has been facing a wave of domestic protests initially sparked by big fuel price increases but which have taken on increasingly political overtones. 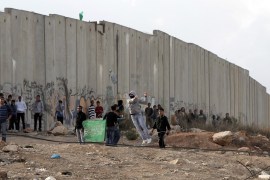 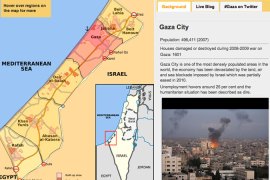 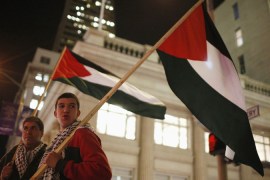 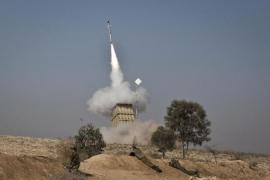