State media says Xi Jinping is to take the reins of China’s all-powerful Communist Party in a leadership transition that will put him in charge of the world’s number-two economy for the next decade.

Xi, the current vice president and successor to President Hu Jintao, assumes power at an uncertain time with the party facing urgent calls to clean its ranks of corruption and overhaul its economic model as growth stutters.

His long-expected ascension as head of the ruling party took place at 0400 GMT along with the unveiling of a new Politburo Standing Committee, the nation’s top decision-making body.

According to tradition, the members marched out before the media in a pecking order agreed after years of factional bargaining, a process which intensified in the months leading up to the five-yearly reshuffle.

In a twenty minute speech broadcast live on Chinese state TV and worldwide, Xi admitted there are problems within the CPC that must be resolved.

“The problems among the party members and cadres of corruption, taking bribes, being out of touch with the people, undue emphasis on formalities and bureaucracy must be addressed with great efforts. The whole party must be vigilant against them,” he said.

Xi will consolidate his position at the apex of national politics by being named China’s president by the rubber-stamp legislature next March, for a tenure expected to last through two five-year terms.

Xi will also become head of China’s military, marked a break from the recent tradition of retiring leaders holding onto the post for a transitional period to extend their influence.

It means outgoing leader Hu Jintao would relinquish all positions of power, giving Xi broader leeway to consolidate his authority.

Robert Lawrence Kuhn, a China analyst and author, said: “Xi Jinping is the chairman and he is the singular chairman, and what makes that important is that it gives him the independence strength and power to exercise leadership.”

The standing committee, which had nine members under Hu has been slimmed to seven and includes Vice Premier Li Keqiang, which would set him on the path to be be appointed premier from next March.

They will be tasked with addressing a rare deceleration of economic growth that threatens the party’s key claim to legitimacy – continually improving the livelihoods of the country’s 1.3 billion people.

China also bubbles with localised unrest often sparked by public rage at corruption, government abuses, and the myriad manifestations of anger among the millions left out of the country’s economic boom.

The communists have a monopoly on political power in China and state appointments are decided within the party.

The process began with behind-the-scenes horse-trading and political deals.

It was essentially finalised on Wednesday when the party ended a week-long congress by announcing a new Central Committee of 205 people.

On Thursday, the Central Committee approved the higher leadership bodies, including the elite Politburo Standing Committee.

Observers believe two main factions have been jockeying for power, one centred largely on proteges of former president Jiang Zemin and another linked to allies of Hu.

Xi is considered a consensus figure who leans toward Jiang, while Li has long been seen as a Hu protege.

Analysts say that despite rivalries between the two camps which are largely divided on patronage lines, they broadly agree China must realign its economy away from a dependence on exports, while maintaining a firm hand on dissent.

The government has ramped up security in Beijing and on the nation’s popular social media sites to prevent any criticism during the gathering.

The run-up to this year’s congress was unsettled by events surrounding Bo Xilai, a political star seen as a candidate for a top post until a scandal in which his wife was convicted of murdering a British businessman.

The sensational affair torpedoed Bo’s political career, he will face trial for charges of corruption and abuse of power, and added to the intrigue in the run-up to the transition.

In the streets of Beijing, people gathered to watch as the new leadership committee was announced.

Many said they were hopeful the transition would lead China to a prosperous future.

Across the Taiwan Straits, the Taiwanese are watching the situation very closely. China has long claimed Taiwan as a renegade province.

“To tell the truth, Xi Jinping has just assumed office, we are not very clear of his policy, direction and style, but after all I think he should be following Hu Jintao’s direction, because the cross-strait relation has been good so far, and he should follow through,” said one Taipei resident. “That’s the best way.”

“Xi Jinping has good relations with the Taiwanese businessmen, so I hope Taiwan’s economy will improve,” said young Taiwanese worker.

“So we expect, perhaps, possible military confrontation with Japan, the Philippines and Vietnam over sovereignty disputes concerning the islands in the South China Sea and the East China Sea.

“We really hope that the mutually beneficial relationship based on common strategic interests will be further developed and enhanced with the new  leadership” of China, the ministry’s Deputy Press Secretary Naoko Saiki said. 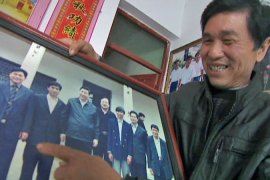 Next president of China honed leadership skills as governor and party head in rural Zhejiang province. 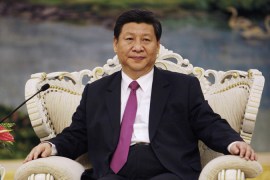 New leader of China’s Communist Party came from a privileged background but has carefully cultivated a common man image.

The impact of China’s power shift on Hong Kong 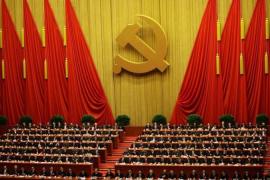