Mahmoud Abbas, the Palestinian Authority president, has said in a speech that he is co-ordinating with Russia, and with Swiss and French experts, on the exhumation of late president Yasser Arafat.

“We are currently in co-ordination with the French investigators, the Swiss experts, and also the Russian government to open the tomb,” he said in a speech  on Sunday marking the eighth anniversary of Arafat’s death.

The Palestinian Authority has vowed to unearth Arafat’s body partly because of an Al Jazeera documentary that found elevated levels of polonium-210 on the late Palestinian leader’s personal effects. If tests on his remains reach the same conclusion, it would offer more conclusive evidence that he was poisoned.

But there have been doubts that the PA will follow through. Nasser al-Kudwa, Arafat’s nephew, this week repeated his “opposition in principle” to an exhumation, “primarily because samples collected after eight years may not be clinically exploitable.”

“We hope for new facts that we can tell our people and the public,” Abbas said, adding that the investigation was “bigger and more important” than the “media uproar” created by the documentary.

Abbas also promised that the PA will submit a bid to the General Assembly later this month for non-state membership at the United Nations.

The Israeli government is frantically trying to round up “no” votes to avert the Palestinian bid for recognition, and has also threatened to suspend the hundreds of millions of dollars in taxes and customs duties that it collects on behalf of the PA and transfers to the authority.

The United States opposes the Palestinian bid, and vowed to veto a similar measure last year; Washington insists that a Palestinian state will come only through negotiations. Abbas criticised that argument in his speech on Sunday.

“Some powers are trying to tell us that the two-state solution doesn’t come from the UN but through negotiations,” he said. “Negotiations are crucial. But to get UN recognition is also key.” 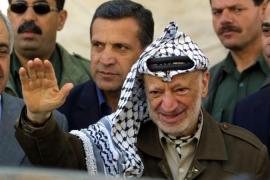 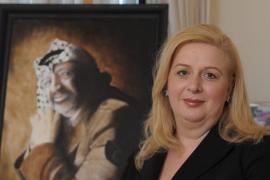 Magistrates preparing to travel to the occupied West Bank to investigate suspicions that Yasser Arafat was poisoned. 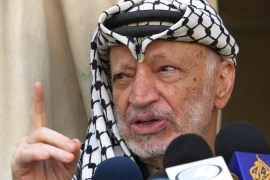