US President Barack Obama and his Republican challenger, Mitt Romney, have made a frantic rush through four battleground states each on their second-to-last day of campaigning before a close election.

After nearly two years of campaigning, the vast majority of voters have made up their minds, so candidates were focused on Sunday on getting their supporters out to the polls for Tuesday.

Romney started campaigning in the midwestern state of Iowa, where he urged Republicans: “I need your vote, I need your work, I need your help.”

“Talk is cheap, but a record is real and it’s earned with real effort,” he said. “You can’t measure change in speeches.”

Obama began his day in New Hampshire, where he appeared on stage with former president Bill Clinton, who remains one of the most popular figures in American politics. He invoked Clinton’s legacy when talking about his own economic policies.

“Just as we did when Bill Clinton was president, we have got to ask the wealthiest to pay a little bit more so we can reduce the deficit and still invest in the things we need to grow,” he said.

The president is scheduled to travel later on Sunday to Florida, Ohio and Colorado. Romney stopped in Ohio, and was scheduled to visit Virginia and Pennsylvania later in the day.

A Reuters/Ipsos poll showed a statistical dead heat between the two candidates, with Obama winning 48 per cent of the vote, and Romney 47 per cent.

But the popular vote will not decide the outcome. States are apportioned a number of electoral votes based on their population, and the candidate who wins a majority – 270 –  becomes president.

So both campaigns are focusing their energies on the handful of swing states where polls show a tight race.

Perhaps none is more important than Ohio, with 18 electoral votes. Saturday’s polls showed Obama leading there by anywhere from one to four points.

Both campaigns are working to drum up last-minute support

An Obama victory in Ohio would leave Romney with only a handful of paths to victory. He would have to win at least six of the remaining eight swing states in order to win the electoral vote.

But other polls were less encouraging for the president. Florida’s 29 electoral votes were totally up for grabs, with polls showing a dead heat and one survey showing a two-point lead for Romney.

In Virginia, a Reuters poll showed Obama up by one point, and a Pulse Opinion Research poll had him leading by three points.

The Romney campaign is making a last-minute push in Pennsylvania, which has generally been considered a safe Democratic state throughout this election cycle. Some polls there have showed the race is tightening slightly – though most still have Obama leading by at least three points.

“The undecides are a very small portion of what’s out there in terms of the American voter,” Lynn Sherr, a US political commentator, told Al Jazeera.

“A larger proportion of the electorate than ever before are independents. But what each side needs is to turn out its base. Obama needs a huge groundswell of his core supporters.

There were already reports of problems with voting – two days before Election Day.

A judge in Florida ordered officials in Orange County to open up early voting for four more hours.

The ruling was in response to a lawsuit by the Florida Democratic party, which complained that an early voting site in the county had been shuttered for several hours while authorities investigated a bomb scare.

The party has a separate lawsuit demanding extra early voting hours in three other counties, where voters reported having to wait in lengthy lines – some as long as six hours – to cast their ballots.

Florida has been the centre of a voting rights controversy over the last two years, with the state’s Republican-dominated legislature trying to limit early voting hours. 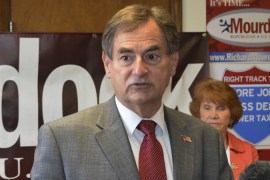 Explaining the gender gap in the US election 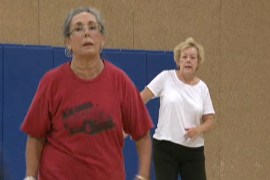 Senior citizens in the Sunshine State provide a powerful voting block for the upcoming election. 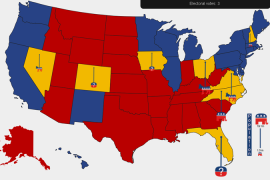 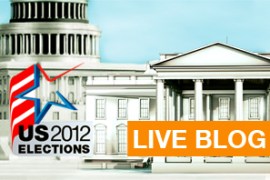