A coal mining company in New Zealand ignored up to 21 warnings of methane gas accumulating at explosive levels before an underground explosion killed 29 workers at its premises two years ago, according to an investigation.

A report released on Monday following 11 weeks of court hearings on the disaster found safety inadequacies in New Zealand workplaces and said the Pike River Coal company was exposing miners to unacceptable risks as it struggled to meet its financial targets.

The report’s release has led to the resignation of Kate Wilkinson as labour minister. While Wilkinson plans to retain her remaining government responsibilities, she said she felt it was the right and honourable thing to do after the tragedy occurred on her watch.

John Key, the prime minister, said the primary blame lay with the mining company: “The company completely and utterly failed to protect its workers”.

The Royal Commission report said New Zealand has a poor workplace safety record and its regulators failed to provide adequate oversight before the explosion.

At the time of the tragedy, in November 2010, the country had just two mine inspectors who were overwhelmed and unable to keep up with their workload, the report said.

Pike River was able to obtain a permit with undergoing limited scrutiny of its initial health and safety plans. 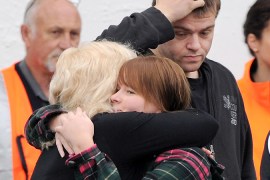 ‘No survivors’ in New Zealand mine

All 29 trapped in a coal mine are believed to have died following a “horrific” second explosion.