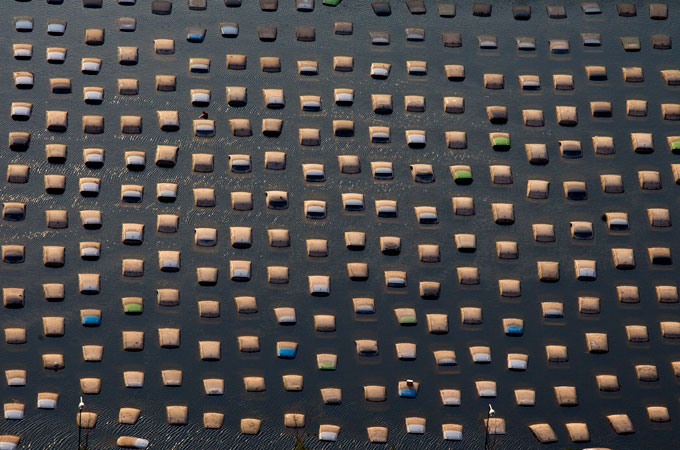 Floods in 2011 inundated the Honda car factory at Ayutthaya. [GALLO/GETTY]

After deluging parts of Vietnam, Tropical Storm Gaemi is now heading across Laos and Thailand, bringing the risk of flooding.

After several days meandering around the South China Sea, Gaemi finally picked up pace and arrived across central Vietnam during Saturday. The former imperial capital of Hue recorded 128mm of rain in 24 hours.

Authorities in Thailand are bracing themselves for Gaemi’s arrival and it is likely that central and southern parts of the country could see as much as 200mm of rain in the next two to three days.

Authorities in the Thai capital of Bangkok are taking every possible precaution to ensure Gaemi’s impact is kept to a minimum.

There is obviously much anxiety about any possible flooding risk after the devastating monsoon season of 2011. Some 13.6 million people were affected by flooding which left 815 people dead and caused more than $45 billion in damage and lost economic output.

To that end, the Bangkok Metropolitan Administration (BMA) has set up 10 operation centres to co-ordinate their response. There are hundreds of water pumps and ‘water-pushing’ machines available and sluice-gates have been left partially open.

Government websites and telephone lines will also be available to keep people up-to-date with any flooding issues.