The pardon covers citizens facing trial and those serving jail sentences except for those convicted of murder, the presidential spokesman said on Monday, but did not give a specific number for the pardoned prisoners.

Activists have said that thousands of civilians ended up in army courts in the security vacuum that followed the fall of Mubarak in 2011. The campaign group, No to Military Trials, said at least 5,000 political prisoners were still in jail.

The move by Morsi was long demanded by Egypt’s youth groups behind the uprising.

Many of those jailed were arrested in the protests that erupted during the 18 months an interim military government was in charge in Egypt under the leadership of Field Marshal Hussein Tantawi.

Some prisoners have even been tried since Morsi took office in June. Those already convicted for their role in the protests may also be pardoned.

Mohammed Gadallah, Morsi’s legal advisor, said the decree is “one of the revolution’s most important victories”.

“It shows the revolution is now in power and guides the decision-making,” Gadallah said.

“This is a legislation that protects the revolutionaries.”

The decree asks the prosecutor general and the military prosecutor to prepare a list of names of those who may benefit from the pardon.

The first article of the decree, which was published on Morsi’s official Facebook page, orders a “comprehensive pardon for crimes and misdemeanors or attempts to commit them in support of the revolution and the realization of
its goals”.

The only suspects exempted from the decree are those charged with premeditated murder over that time period.

Gadallah said the decree is likely to cover all major court cases where protesters clashed with military troops and security forces.

Another human rights lawyer, Ahmed Ragheb, praised Morsi’s decree but said it doesn’t include “all the victims of the past period”.

More than a 12,000 civilians have been brought before military tribunals, many of them on charges such as “thuggery”.

It will be up to the prosecutor general and the military prosecutor to name those who will be pardoned. Suspects who are excluded can challenge the decision, and a judicial panel would be the final arbiter.

Morsi, who hails from the Muslim Brotherhood, said on Saturday he had fallen short of goals he promised to fulfil in his first 100 days in office. 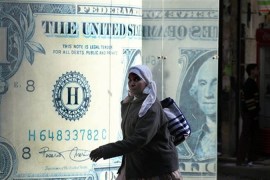 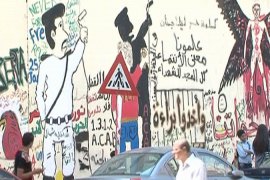 Egyptians speak out against graffiti removal

Move to clean up walls painted with slogans, seen as symbol of uprising, draws criticism from people. 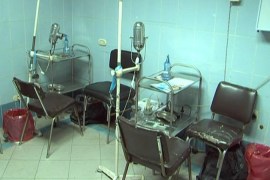