The Anadolu Agency quoted the governor of Hatay province as saying that Turkish troops “responded with fire” after the mortar round landed on Friday in a rural area of the province that borders Syria.

No one was reported hurt.

Turkish artillery has fired at Syrian targets for two straight days after shelling from Syria killed five civilians in Turkey.

The uprising against Bashar al-Assad, Syrian president, erupted in March 2011 and has gradually morphed into a bloody civil war, killing more than 30,000 people, according to activists.

“We are not interested in war, but we’re not far from it either … Those who attempt to test Turkey’s deterrence, its decisiveness, its capacity, I say here they are making a fatal mistake,” he said in Istanbul.

In Syria, meanwhile, heavy fighting was reported in several places, including a suburb of the capital, Damascus.

Fighter jets and artillery targeted the central city of Homs, subjecting the former opposition stronghold to its worst bombardment in months.

The Britain-based watchdog group Syrian Observatory for Human Rights (SOHR) said Friday’s attack was the worst the city had seen in five months.

The SOHR, which relies on a network of activists on the ground, said tanks and mortars as well as aircraft had bombarded the city’s Khaldiya neighbourhood.

“An average of five rockets a minute are falling.”

Abu Rami was speaking from the central opposition-held old quarter known as Old Homs. He asked to be identified by his nickname for fear of regime reprisal.

He said the government forces were mainly firing rockets and heavy mortars at the rebel-held neighbourhoods of Old Homs, Khaldiya, Qusour and Jouret el-Shayah.

Abu Rami also said the regime forces had been shelling villages around Homs and the rebel-held town of Rastan, just north of the city.

Activists say most government forces near Homs are stationed outside the town – a common pattern in rebel strongholds.

The SOHR also said Syrian military had been shelling the neighbourhood of Sakhour in Aleppo as government forces battle rebels in the country’s largest city.

Activists said opposition fighters shot down a helicopter in eastern al-Ghouta, a suburb of Damascus.

On the diplomatic front, the UN Security Council unanimously approved a statement on Thursday condemning “in the strongest terms” Syria’s shelling of a Turkish town that killed five people.

Members managed to bridge differences between the strong statement demanded by the US and its Western supporters and backed by their NATO ally Turkey, and a weaker text pushed by Russia, Syria’s most important ally, after negotiations that began late on Wednesday and continued until Thursday.

In the press statement, which needed approval from all 15 council members, the UN’s most powerful body said the incident “highlighted the grave impact the crisis in Syria has on the security of its neighbours and on regional peace and stability.”

The council demanded an immediate end to such violations of international law and called on the Syrian government “to fully respect the sovereignty and territorial integrity of its neighbours.” Russia’s agreement that the Syrian shelling violated international law was a key concession by Moscow.

Earlier in the day, Bashar Jaafari, Syria’s ambassador to the UN, said the government did not apologise for the shelling from Syria because it was waiting for the outcome of an investigation on the source of the firing.

He said he delivered a letter to the Security Council that sent Syria’s “deepest condolences” to the families of the victims “and to the friendly and brotherly people of Turkey.”

It urged Turkey and its other neighbours to “act wisely, rationally and responsibly” and to prevent cross-border infiltration of “terrorists and insurgents” and the smuggling of arms. 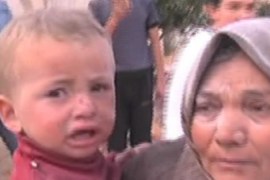 Government forces accused of trying to flush out “foreign-backed terrorists” in areas free of opposition fighters. 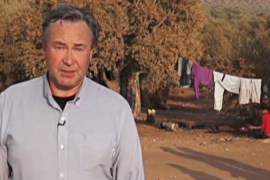 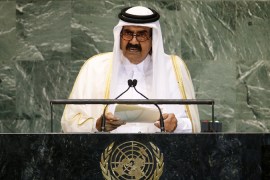