Tens of thousands of people have held a protest in the heart of the Jordanian capital of Amman for a pro-reform rally, despite King Abdullah’s decision to dissolve parliament.

Witnesses and journalists estimated attendance at between 10,000 and 15,000 people, with the crowd expected to grow as protesters travelled to Amman from elsewhere around the country.

Attendance was still well below the 50,000 predicted by the Islamic Action Front, the Jordanian wing of the Muslim Brotherhood and the country’s main opposition group.

At least 2,000 police had been deployed for the demonstration, which followed the main weekly Muslim prayers.

Al Jazeera’s Jane Arraf, reporting from Amman, said thousands of protesters gathered in what is the biggest protest since the Arab Spring.

“People hear weren’t calling for the overthrow of the monarchy. Their demands are much more modest,” she said.

King Abdullah had hoped that dissolving the parliament and calling for early elections would weaken enthusiasm for the protest. The king did not announce a date for early elections, but said he hoped to hold polls by the end of 2012.

“They want new electoral rules that will give them a better chance of electing people to power who could implement reform. They want an end to corruption. They want jobs,” Arraf said.

A demonstration in support of the king was called off over fears of unrest as it would have coincided with the opposition rally, organisers said.

“We have postponed indefinitely our demonstration scheduled at the same time as the Muslim Brotherhood’s to avoid any problems,” said Jihad al-Sheik, head of an internet-based youth group that organised the event.

The cancellation came “after a request to that effect from the director of general security, Hussein al-Majali, MPs and tribal leaders” to prevent unrest.

The Brotherhood and a coalition of tribal and other groups have been pressing the monarch to speed up what they consider to be the slow pace of political reform.

They are also angry with an electoral law passed last July, which preserves a system that marginalises the representation of Jordanians of Palestinian origin, on whom Islamists rely for their support, in favour of native Jordanians, who tend to support the king.

The opposition says it will boycott upcoming elections, as it did with the 2010 poll, unless its demands for wider representation are met.

Numerous other demonstrations have taken place in Jordan since January 2011 to call for political and economic reforms and demand an end to corruption.

In an exclusive interview with AFP news agency last month, the king said a decision by the Islamists to boycott the vote was “a tremendous miscalculation.”

“As constitutional monarch, my mandate is to be the umbrella for all political groupings and all segments of our society, and as part of that responsibility, I am telling the Muslim Brotherhood that they are making a tremendous miscalculation,” he said.

“The countdown to the elections has already started. Registration is under way. We have already crossed the one-million person mark. Parliament will be dissolved. The elections date will be announced. And we will have a new parliament by the new year.”

King Abdullah has ordered parliament to increase seats reserved for party candidates, urging the Islamists to take part in the polls. MPs raised the number from 17 to 27, but failed to satisfy opposition groups. 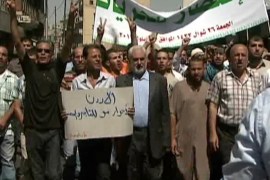 Move paves way for elections which the opposition says it will boycott unless its demands for representation are met. 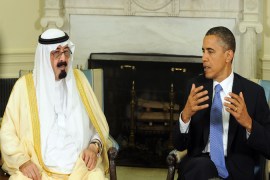 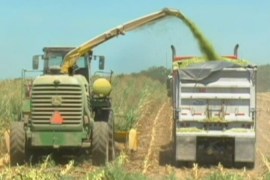 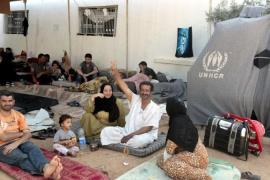 Jordan sees safety and security as its primary concerns in the event that the Syrian regime falls.