Activists in the eastern city of Deir al-Zor, the suburbs of Damascus and in Aleppo, where rebels hold big swaths of territory, said mortar shells were being fired into residential areas on Saturday.

The first government airstrike since the start of the truce flattened a three-story building in the Arbeen suburb of Damascus, killing at least eight men, the Syrian Observatory for Human rights, an activist group, said.

The bombardment came on the second day of a truce called by international envoy Lakhdar Brahimi, who had hoped to use the ceasefire to build on broader moves towards ending the 19-month-old conflict, which the opposition says has killed more than 32,000 people.

“The army began firing mortars at 7am. I have counted 15 explosions in one hour and we already have two civilians killed,” said Mohammed Doumany, an activist from the Damascus suburb of Douma, where pockets of rebels are based.

“I can’t see any difference from before the truce and now.”

Reports of violence appear to show that both sides have violated the ceasefire after the country had experienced a relative lull in fighting for the first few hours of Eid on Friday.

“Armed terrorist groups have again violated the truce, by setting off a car bomb blast in front of the Syriac church in Deir al-Zor, causing significant material damage to the church facade,” the broadcaster said, using the regime’s term for rebels.

Opposition activists accused the government of being behind the attack. A source with the opposition Free Syrian Army said four of its fighters were killed in the blast.

Regime forces and the FSA had both agreed to a call by Brahimi to lay down their arms for the four-day Eid, but both also reserved the right to respond to attacks.

The Syrian military said it had started responding to attacks on army positions on Friday.

A statement from the General Command of the Armed Forces detailed several ceasefire violations in which it said “terrorists” had fired on checkpoints and bombed a military police patrol in Aleppo.

A rebel commander in Aleppo, Syria’s second city where fighting has been intense since July, said there was no doubt the ceasefire initiative had fallen apart.

But he insisted the FSA had not broken the truce and was only carrying out defensive actions.

“I was on several fronts yesterday and the army did not stop shelling,” Abdel Jabbar al-Okaidi, the head of the FSA military council in Aleppo, told the AFP news agency. “Our mission is to defend the people, it is not us who are attacking.”

State media, for its part, said a car bomb exploded in Damascus on Friday, hitting a residential area housing police officers and their families and killing at least eight people.

Government forces and rebels remain locked in the bloody conflict, with neither side willing to back down.

Meanwhile, hundreds of thousands of people have fled to neighbouring countries and an estimated one million others have been displaced internally.

Sean Maguire, of the International Committee of the Red Cross, told Al Jazeera that the organisation was very concerned about the humanitarian situation on the ground.

“We had hoped that the violence would diminish and people would have been able to get out of their homes, and shop and get medical care … perhaps contact loved ones that they had lost. The situation is very, very bad,” he said.

“We have been able to deliver some aid, but we would have liked to have got to other places.”

The imam of the Grand Mosque in Mecca, where millions are performing the annual Hajj pilgrimage, called on Arabs and Muslims to take “practical and urgent” steps to stop the bloodshed in Syria.

“The world should bear responsibility for this prolonged and painful disaster [in Syria] and the responsibility is greater for the Arabs and Muslims who should call on each other to support the oppressed against the oppressor,” said Sheikh Saleh Mohammed al-Taleb in his sermon during Eid prayers.

“The solution should be practical and urgent because the oppressor becomes even more fierce as the days pass.” 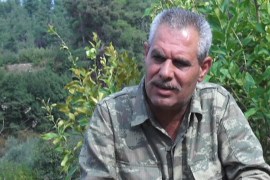 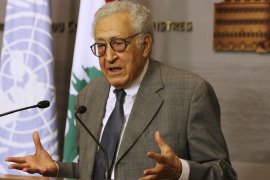