The African Union (AU) has lifted Mali’s suspension from the bloc and said an African plan for military intervention to help the country reclaim territory from Islamist fighters would be ready within weeks.

The organisation suspended Mali’s membership in March, days after mutinous soldiers staged a coup against then-President Amadou Toumani Toure, and said it would only be reinstated once constitutional order was restored.

The West African country, however, remains crippled by twin crises.

The leadership in Bamako is still divided after the coup that toppled the president, and the north of the country is occupied by armed groups.

Speaking in Addis Ababa, the Ethiopian capital, Ramtane Lamamra, AU Peace and Security Commissioner, said: “[The Peace and Security] Council (PSC) decides to lift the suspension of Mali from the activities of the AU.

“Mali is therefore invited to participate in full.”

Lamamra spoke after a meeting of ministers of the AU’s PSC which also endorsed a “strategic concept” that outlined measures including elections, and defence and security reforms, to help the return of law and order to Mali.

The document said the country’s return to the AU fold would help establish an inclusive political authority.

“We are working … to finalise the joint planning for the early deployment of an African-led international military force to help Mali recover the occupied territories in the North,” Nkosazana Dlamini-Zuma, chairwoman of the AU Commission, earlier told the PSC.

“At the same time, we will leave the door of dialogue open to those Malian rebel groups willing to negotiate,” she said.

Germany’s Foreign Minister Guido Westerwelle said on Tuesday that Europe must help restore security in Mali and could lend support through military training to an African-led mission. 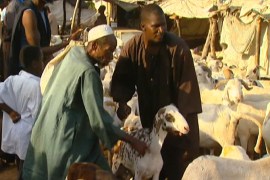 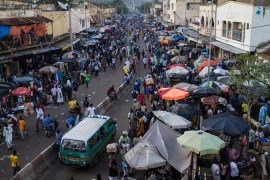 In Pictures: Life in Mali after the coup

Disgruntled soldiers chased away the defence minister then put an end to President Toure’s “incompetent” rule in March. 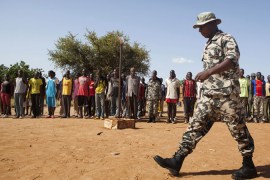 No Mali offensive against rebels ‘until 2013’