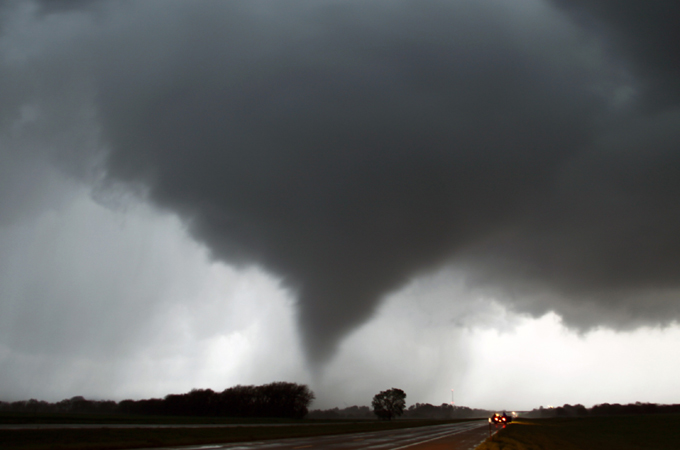 Tornadoes are most common across the Plains in the spring, but they can be seen in any month in almost any location [Reuters]

A total of five tornadoes touched down in California on Monday.

All the storms hit the northern parts of the state between 2200 GMT and 0030 GMT (3pm and 5.30pm local time). The storms pulled trees and power lines down and damaged several properties.

By the time the storm clears, up to 60cm of snow is expected to have fallen in some regions. Drivers are being advised to use their snow chains after several articulated lorries jackknifed in the icy conditions.

A winter storm warning is in effect throughout Monday night, and further snow showers are expected throughout the day on Tuesday.